The Nei Mongol Autonomous Region, also called Inner Mongolia Autonomous Region is a vast area located in the north of China. It shares borders with Russia and Mongolia. Called just Inner Mongolia for convenience, the region is a beautiful landscape of plateaus. The Mongol ethnic group that resides in the region is a tourist-friendly community. The people live peaceful pastoral lives following customs and traditions that have been going on for centuries. Consequently, it is a sought-after rural holiday destination.

At a height of 1,000 meters above sea level, the plateaus of Inner Mongolia are the second largest and highest ones in China after the Tibetan Plateau. The region is a spectacular mix of mountain ranges, towering peaks, cold deserts, meandering rivers, and large high-elevation lakes.

The steppe grasslands also form a large part of the terrain in Inner Mongolia. The Hulunbuir Grassland is a vast grazing land. It is also covered with countless rivers and lakes that have a rich supply of fish. The people indulge in animal husbandry so the grasslands are usually dotted with yaks, horses, sheep, and goats. The western region of Inner Mongolia has the Badain Jaran cold desert with its amazingly tall sand dunes.

Inner Mongolia has a temperate continental monsoon type of climate. The summers are short and warm and the winters are long and freezing. Blizzards are a frequent occurrence in the region. There is a very sharp difference between the temperatures in the summer and winter seasons.

Due to the terrain and the pastoral lifestyle of the locals, there is limited urbanization in Inner Mongolia compared to other provinces of China. The developed cities are Hohhot (capital city), Baotou, Ordos, and Chifeng.

The population of Inner Mongolia Autonomous Region in China is about 25 million. It is largely made up of ethnic minority groups with a few settlements of the Han Chinese. The Mongols are the largest ethnicity in the region. The other groups are the Hui, Manchu, Evenk (or Ewenki), Oroqen (or Elunchun), Daur Mongols, and a few Koreans.

The population is not spread out evenly across the region. Both the farming and pastoral communities live mostly near Huang He in the valleys and lower slopes of the Daqing Mountain range or on the eastern slopes of the Da Hinggan Mountain Range. The rest of the area has an untouched mystical beauty making it the perfect tourist spot.

Mongolia has a colorful history of war, conquests, and the subsequent establishment of a unified empire. In the 13th century, Genghis Khan unified all the Mongol tribes into one empire. Later, his grandson Kublai Khan established the Yuan Dynasty that prospered under his reign. Under his leadership, the Mongols in Outer Mongolia invaded Inner Mongolia and made it their political and economic hub.

There is a presence of titular Mongols even in the current population but the majority of the people live simple rural or nomadic lives. Their traditional homes are like tents called gers or yurts. They have simple needs and live off the land on whatever is available locally. Most of the people speak either Mandarin or Mongolian.

The people of Inner Mongolia are very fond of singing and dancing. Their Andai dance is an ancient custom that has evolved over the ages into a colorful ethnic art form. It involves melodious singing accompanied by smooth dance movements that is very appealing.

The people love to sing for any reason. They have a large repertoire of lullabies and special songs for marriages, toasts, feasts, love, family relationships, maxims, sacrificial rituals, bonfires, and more.
The most well-known event in Inner Mongolia is the Nadaam Fair on Gegentala Grassland. In fact, visiting the region during the festival is the best thing to do. The locals celebrate the event with storytelling, acrobatic performances, horse racing, wrestling matches, archery competitions, singing, dancing, and other thrilling activities which are fun to watch as well as participate. The Aobao Festival is also a major event. Although it is largely a religious activity it is a very interesting one.

In the last couple of decades, there has been a rapid growth in the tourism and hospitality industries in Inner Mongolia. A total of 10 International and domestic airports have sprung up in recent years including the Hohhot Baita International Airport, Baotou Airport. Together, they serve 141 airlines connecting nearly 55 cities and towns within the region so that even far-off tourist attractions are accessible. With 11 main railway lines and many national highways, the region has a well-structured transport system so that tourists can travel in comfort irrespective of the terrain.

The traditional cuisine of Inner Mongolia uses only local products like yak and goat milk, yogurt, and cheese. The Mongolia milk-tea is so popular that it can be safely called the national beverage. They flavor their dishes with dairy products and do not use hot spices. The meat of yaks and goats is a staple in the region. The Mongolian Hotpot is a signature dish which is a mildly flavored lamb soup. Other popular dishes are hand-held mutton, grilled whole lamb, the succulent roast leg of lamb, finger mutton, bakes gigot, all-fish banquet, Shaomai (stuffed pancake), and dishes using sour milk or yak-milk cheese. 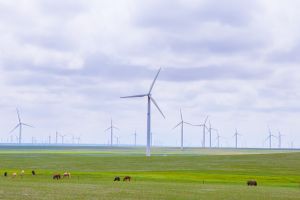 Popularly known as the “deer city” is the charming city of Baotou in Inner Mongolia, China. It is located on the bank... 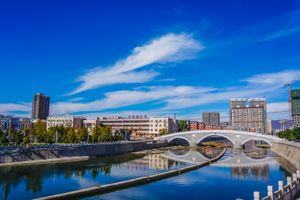 The charming city of Hohhot (also called Hushi) is the capital of the Inner Mongolia Autonomous Region which is situa...