Anshan is the 3rd biggest city in the Liaoning Province of China. Being just 92Kms from Shenyang, the provincial capital makes it easy to visit its spectacular tourist sites. Anshan is an awesome mix of modern urban life and ancient culture. The city is surrounded by national parks and mountains where the picturesque vistas mingle with splendid manmade relics that belong to the bygone days of the Tang and Ming Dynasties. The scenic beauty and the greenery around the city made it a pleasant weekend getaway even during imperial times. The pleasantly cool climate adds to its appeal as a tourist destination for domestic as well as overseas tourists. 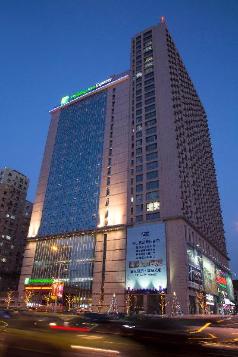 Stop at Holiday Inn Express Anshan Downtown to discover the wonders of Anshan. The property features a wide range of ... 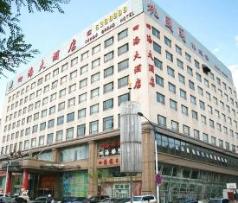 Set in a prime location of Anshan, Anshan Sihai Holiday Hotel puts everything the city has to offer just outside your... 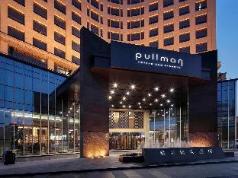 Stop at Pullman Anshan Time Square Hotel to discover the wonders of Anshan. Both business travelers and tourists can ... 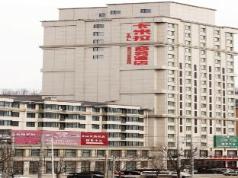 Located in Tiedong, Anshan Camilla Business Hotel is a perfect starting point from which to explore Anshan. The prope... 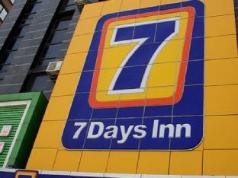 The 2-star 7 Days Inn Anshan North Shengli Road Branch offers comfort and convenience whether you're on business or h...

Mount Qianshan National Park – This scenic area near Anshan City has a very unique landscape because the various peaks look like there are a thousand lotus flowers. The national park consists of four scenic areas dotted with several tourist attractions. These include the magnificent 70-meters-tall Maitreya Buddha statue, several Buddhist temples, Taoist monasteries, Taoist nunneries etc. built during the Sui and Tang Dynasty eras. Visitors find the park fascinating not only for its endless natural beauty but also for the ancient cultural relics. Cable cars are available so that visitors can explore the hill slopes at leisure.

219 Park – The highlights of this tourist spot is the Jade Buddha Palace which has a height of 33 meters and the Yufo Yuan or Jade Buddha Temple. The temple complex houses an ancient statue of the Buddha which was unearthed from the Xiuyan Man Autonomous County. This impressive statue was cut from a single jade rock, weighs 261 tons, and is 7.95 meters tall. It is the largest jade statue of the Buddha in the world and is an awe-inspiring sight.

A major steel town in the center of Liaoning Province of China, Anshan Teng'ao Airport has served Anshan since 2011. It is about 12 km southwest of the city and time taken to get there from downtown area of Anshan is almost half an hour by taxi. The major routes served are Beijing and Shanghai, making use of China Southern and Shanghai Airlines. The other connections from the airport are to Nanjing, Guangzhou and Chengdu.