Being with a short driving distance from Beijing and Tianjin, the city Baoding has developed into a popular tourist destination in recent years. Baoding is located in the Hebei Province of China and consists of several picturesque tourist spots as well as historical and cultural sites. The surroundings of Baoding City are endowed with lush greenery as well as countless lakes, ponds, waterfalls, and streams that give the region a mystical natural beauty. Ancient relics that have remained in a well-preserved state add to the city’s attraction as a tourist destination. Being a well-developed urban area, the city’s tourist facilities and hospitality services are such that domestic and overseas tourists feel welcome. 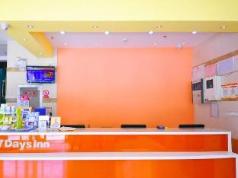 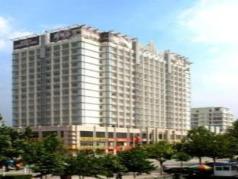 Baoding Hengtong Fortune Hotel is conveniently located in the popular Xinshi area. Offering a variety of facilities a... 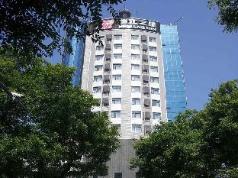 Located in Nanshi, Jinjiang Inn Baoding Railway Station is a perfect starting point from which to explore Baoding. Th... 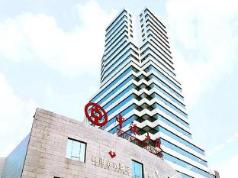 The 4-star Baoding Zhongyin Hotel offers comfort and convenience whether you're on business or holiday in Baoding. Th... 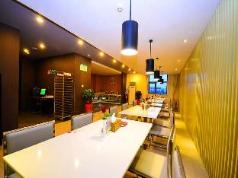 Baiyangdian Lake - The Baiyangdian Lake Scenic Area near Baoding is the largest freshwater lake in the northern part of China. It consists of countless shallow depressions and lakes separated by channels, reed marshes, lotus ponds, and fishing villages. What makes this area so special is that the lakes look different with every change in the season. So it is a popular tourist attraction all year round and is a popular spot for those who like photography. The best way to explore this area is by small boats that can navigate easily through the marshes.

Western Qing Tombs – Although the Western Qing Tombs are part of the tourist itinerary while traveling from Beijing, they are actually located near Baoding City in the Hebei Province. The tombs are spread over a vast area and are the second grandest Qing Dynasty tombs after the Eastern Qing Tombs of China. The tombs consist of 14 mausoleums where 78 members of the royal family are laid to rest. The tombs are decorated with intricate artwork and surrounded by countless pines that have been thriving there for centuries.

Ancient Lotus Flower Pond Resort – Designed and constructed in the 13th century, this resort is a wonderful example of a classical Chinese garden. It is considered among the top 10 gardens of China. Whether you go in July when the lotuses are in full bloom or in winter, the flowers in this serene garden area a treat for the eyes!