Baoji City is a county-level city located in the western regions of Shaanxi Province, China. It is well connected with Xi’an City (of the Terracotta Army fame) and other cities filled with tourist attractions. On its own merit, the city of Baoji is also a treat full of beautiful national parks and many ancient relics. Being on the northern banks of the Wei River adds a picturesque aspect to the city’s surrounding areas. Baoji City is a convenient link with Chengdu, the capital of the Sichuan Province and with Lanzhou, the capital of the Hui Autonomous Region of Ningxia.

Set in a prime location of Baoji, Holiday Inn Express Baoji City Centre puts everything the city has to offer just ou... 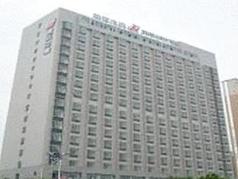 Jinjiang Inn Baoji Gaoxin is conveniently located in the popular Weibin area. The hotel has everything you need for a... 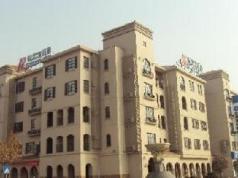 The 2-star JinJiang Inn Baoji Administra Tion Center offers comfort and convenience whether you're on business or hol... 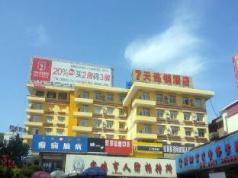 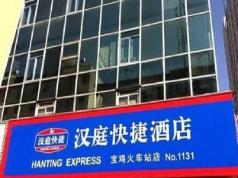 Hanting Hotel Baoji Railway Station Branch is a popular choice amongst travelers in Baoji, whether exploring or just ...

Taibai Mountain National Forest Park – Spread over a vast area of 2,950 hectares, this tourist site has a 94% coverage of forested land. Its rich biodiversity makes it one of the prime spots for ecotourism. The forest park is divided into 10 scenic sections which have a total of 180 tourist attractions. The forest is teeming with 230 species of birds, 40 large animals, and 1,690 varieties of small animals and insects, some of which are rare and on the endangered list like pandas and golden monkeys. This scenic area also consists of many hot springs, pools, and lakes, the most scenic ones being Daye Hai, Sanye Hai, Erye Hai, Star Pool, and Yuhuang Pool. Other attractions in this area include 14 ancient temples, 5 stone steles, 110 Buddha statues made of iron, 32 ancient mansions, 64 wood carvings, and many iron furnaces and bells.

Famen Temple Cultural Scenic Area – This tourist attraction is divided into four scenic spots, the Temple Gate Square, Famen Temple, Foguang Avenue, and the Namaste Dagoba. The scenic area is a leading cultural relic of the Shaanxi Province, second only to the Terracotta Army in Xi’an City.