Fushun is a prefecture-level city located in the eastern part of the Liaoning Province of China. It was the former capital of the Manchurian Jin Dynasty and also the Qing Dynasty. The city has two UNESCO World Heritage Sites, namely the imperial tombs of those two eras. The city is located on the banks of the Hun River and is surrounded by beautiful natural scenery. Hence, the city of Fushun has been and still is a popular tourist destination in China. Downtown Fushun is a well-evolved urban area with modern amenities and good tourist-related facilities, recreational centers, museums, forest parks, and more. 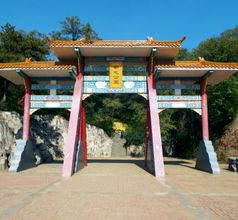 Hetuala Ancient City – Also called Xing City, this tourist attraction is a UNESCO World Heritage Site. It is the place where the Qing Dynasty began its reign when Emperor Nurhaci set up the Jin regime. It is built like a city within a city with two perimeters. There are ancient buildings made of stone, wood, and earth that have an architecture typical of the Qing Dynasty style.

Qingyong Tombs – This is another UNESCO World Heritage Site and a tourist attraction that is definitely worth seeing. It is one of the three sets of tombs located north of the Great Wall of China. These 17th-century tombs are a wonderful example of the Manchu style of architecture that has remained in a reasonably well-preserved condition.

Gao'er Mountain Park – This tourist attraction consists of a wonderful mountainous area filled with lush greenery, delightful water bodies, and flowers. The scenic area has several Buddhist pagodas and ancient statues. The 11th-century pagoda at the summit is the oldest one in the region and it the tallest one at 14.1 meters.

Saerhu Scenic Area - Spread over an area of 268 square kilometers around the Dahuofang Reservoir, this attraction is a 3A national-level scenic area. It consists of picturesque mountains, dense forests, numerous water bodies, and ethnic villages of the Nuzhen Tribes.

Honghu Red River Canyon and Su River - These are 4A national-level scenic spots and are a delight for tourists, photographers, and naturalists. The scenery around the rivers has an unmatched beauty that lends the region a picture-like quality. Rafting on the two rivers is a very popular tourist activity.