Handan is a medium-sized urban area located in the southern part of Hebei Province in China. The city lies just 200Kms away from the capitals of the Hebei, Henan, Shanxi and Shandong provinces. Hence, it is a major hub for communications, commerce, and trade. From the point of view of tourism, the city is surrounded by mountains, nearly 400 major heritage and cultural sites, and 100 minor tourist attractions. The natural landscape around the city is so green and beautiful that it belies the fact that Handan City is a well-developed urbanized area with top-class hospitality services. 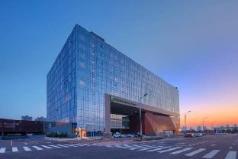 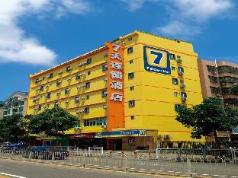 Set in a prime location of Handan, 7 Days Inn Handan Railway Station Cong Tai Road Br puts everything the city has to... 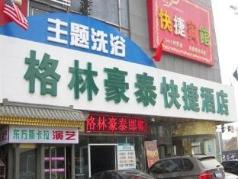 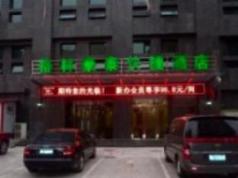 Stop at Lidu International Hotel to discover the wonders of Handan. Featuring a satisfying list of amenities, guests ...

Wahuang Palace – Popularly called Nainai Ding or Grandma’s Temple, the Wahuang Palace is situated on the Fenghuang Mountain. The temple was built during the Northern Qi Dynasty and is dedicated to Goddess Nuwa (also known as Nugua or Wahuang). She is revered as the goddess who creates and repairs according to Chinese mythology. The temple was constructed in line with the contours of the mountain so that it would not disturb the original shape of the mountain. Hence, the temple is considered an architectural and engineering marvel considering how ancient it is.

Jingniang Lake Scenic Area – About half an hour’s drive from Handan City is the picturesque area of Jingniang Lake. It is surrounded by enchanting hills filled with lush greenery. The lake reflects the hues of the surroundings and gives the place a mystical aura that seems like a part of a fairytale. There are 18 scenic spots around the lake including the Gaoxia Pinghu, Songzu Gorge, Jingniang Gorge, and Xianling Gorge.

Xiangtangshan Grottoes – The first construction of these splendid grottoes began in 550 AD. The entire area has 16 grottoes consisting of thousands of Buddhist statues, stone carvings, Buddhist paintings, and exquisite calligraphy.

Going by the names Handan Nanjiao Airport or Handan Matou, it is a transportation port currently being upgraded. 11 km out of city limits, it takes 45 minutes to get to the city’s main area via car and over 2 hours by public bus. Regular flights go to Shanghai, Chengdu, Hefei and Wenzhou whereas occasional flights serve Harbin, Xiamen, Dongsheng, Shenyang and Dalian. Active carriers are Shanghai, Donghai, Loong, China Express and China Eastern Airlines.