Huai'an City is situated in the northern regions of Jiangsu Province, China. It is surrounded by a picturesque landscape made up of mountains, the Huaihe River, and several large lakes. Lying on the junction of the Grand Canal and the Beijing-Shanghai Express, the city of Huai’an has become a popular tourist destination in recent years. With a rich history that can be traced back to 5000-6000 years, the city has a lot to offer in terms of manmade tourist attractions as well. The locals are well-educated and courteous, giving the city an aura or tolerance and friendship. 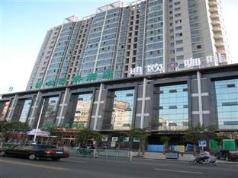 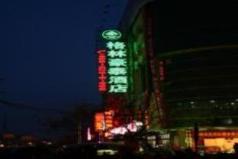 Set in a prime location of Huaian, GreenTree Inn Huaian Chuzhou Road puts everything the city has to offer just outsi... 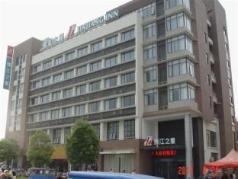 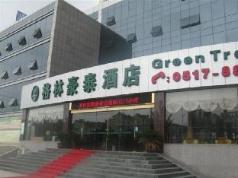 Set in a prime location of Huaian, Wanda Realm Huaian puts everything the city has to offer just outside your doorste...

Hongze Lake – The spectacular Hongze Lake located near Huai’an City is the fourth largest lake in China. It is so big that its waters are spread into both the Jiangsu and the Anhui Provinces. Surrounded by lush greenery, the crystal clear waters of the lake are an inviting sight for the locals, domestic tourists, as well as overseas tourists. Boating on the lake is a popular activity. In fact, that is the best way to admire and photograph this scenic area.

Qingyan Garden – Originally called Chengnan Park, this attraction is a typical classic Chinese garden. It belonged to a government official during the Qing Dynasty reign. It also houses the Hefang Chen University.

Tieshansi National Forest Park – This is another popular tourist attraction near Huai’an City. It is the symbol of ecotourism with its abundant flora and fauna. The highlight of this site is the picturesque Tianquan Lake. Within the park is also the Xuyi Station of Purple Mountain Observatory, an astronomic observation site where visitors are permitted.

At a remoteness of 34 kms from the central part of Huai’an in Jiangsu province, Huai'an Lianshui is a compact airport that serves important cities in China and selected international cities in Thailand, Taiwan, Hong Kong, Vietnam and Japan. Dominant carriers are Air China, China Eastern, Spring and Tianjin Airlines, whereas other airlines serve single destinations. While taxis take 50 minutes to make the trip downtown, public buses are also available, though they take longer.