Linyi City in the Shandong Province of China is a modern urban area with a tourist-friendly culture. Yet, it is surrounded by lush green mountains, splendid scenery, and well-preserved ancient manmade relics. Its history goes back nearly 4000-5000 years, hence it is considered one of the cradles of China’s civilization. The city was also one of the key players during the communist revolution because it was an important base for the Red Army. With its historical sites, scenic areas, and a hospitable culture, Linyi is a popular tourist destination that is definitely worth a visit. 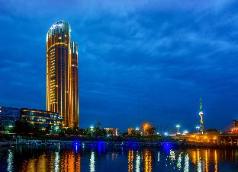 Pullman Linyi Lushang Hotel is conveniently located in the popular Lanshan area. The hotel offers guests a range of s... 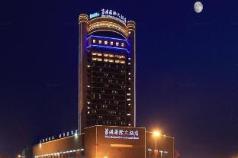 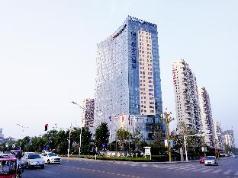 The 5-star Howard Johnson Xiangyu Plaza Linyi offers comfort and convenience whether you're on business or holiday in... 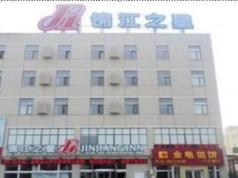 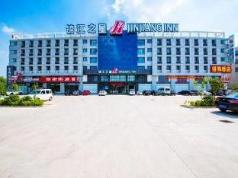 Mengshan Mountain – At 1156 meters above sea level, Mengshan is the second tallest mountain in Shandong Province. Covered with dense forests, several water bodies, and unusually shaped peaks, this scenic area is a treasure-trove of nature. The lush greenery never withers in this area so it is a perennial tourist attraction.

Underground Grand Canyon – About 80Kms from Linyi City is the spectacular tourist attraction called Underground Grand Canyon. It consists of karst caves (colorful rock formations) spread over a vast length of 6,100 meters, half of which is open to visitors. This section alone has above 100 scenic spots worth seeing. Some of the caves are several meters wide and some are so narrow that only one person can walk at a time through the gap in the walls. The perennially flowing underground water flows to form breathtaking waterfalls. The best way to experience this tourist attraction is by cave rafting.

Yinqueshan Han Tombs and Bamboo Slips Museum – This tourist attraction consists of 100 Han Tombs and priceless ancient bamboo slips. These are spread over 3 halls, Yinqueshan Han Tombs, Cultural Relics Hall, and the Bamboo Slips Museum. The bamboo slips are small slips of bamboo on which minute words are engraved telling tales about the battle plans during the Spring and Autumn Period.

Linyi city, located in Shandong province, is developed along the Yi river with the Linyi Shubuling International constructed 11 kms away from the focal point of town. Taxi takes 25 minutes while buses take 1.5 hours to reach downtown. It has planes flying to some international ports like Thailand and Cambodia. Local airports served include Shanghai, Changsha, Dalian, Yantai, Shenyang, Hangzhou, Fuzhou, Beijing, Harbin and Tianjin. China Eastern and Shenzhen Airlines are the busiest operators.