Well-known for the exquisite quality Dushan jade and dinosaur fossils discovered near the city, Nanyang City is popular for a day’s trip. The city is located in the Henan Province of China. The city is surrounded by biospheres, nature reserves, picturesque mountains, fertile plains, rivers, etc. that lend the city green and healthy aura that has drawn local and overseas tourists since ancient times. The numerous historical and cultural sites have also been a great attraction for visitors to the city. So Nanyang has always been a part of the tourist circuit for ages. Although the locals revere their age-old culture, customs, and traditions, the city is a semi-urbanized area with well-established tourism and hospitality sectors. 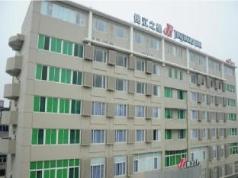 JinJiang Inn Nanyang Middle of Jianshe Road is perfectly located for both business and leisure guests in Nanyang. Bot... 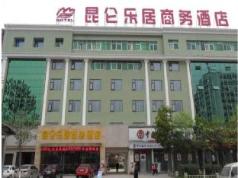 Stop at Kunlunleju Inn Nanyang Dushan Avenue to discover the wonders of Nanyang. The property features a wide range o... 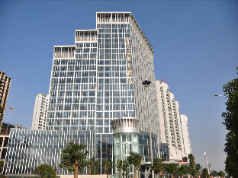 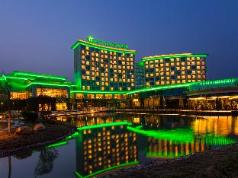 Located in Wancheng, Holiday Inn Nanyang is a perfect starting point from which to explore Nanyang. The hotel offers ... Jinjiang Inn Nanyang Xinhua East Road Branch is a popular choice amongst travelers in Nanyang, whether exploring or j...

Wuhou Temple – Also known as Zhuge Liang Hut Temple, this tourist attraction near Nanyang City is a serene and beautiful site. The temple is actually a memorial for Zhuge Liang who was a well-respected statesman and military strategist during the ancient Three Kingdom Period. The site consists of numerous buildings, all artistically designed with landscaped gardens like the Yeyun Hut, Zhuge Thatched Cottage, Zhenyuan Tower, and Gubai Pavilion. There is an impressive statue of Zhuge Kongming on the premises that is definitely worth seeing.

Gallery of Han Paintings – This is one of the most unique tourist attractions in Nanyang. The gallery (or museum!) consists of 11 exhibition halls spread over a vast area of 6,000 square meters. This site is a treasure-trove of the famous Han paintings which highlighted the classic Chinese-style paintings before the rest of the world. There is a stone-carved representation of the Han Dynasty region and 2,500 Han-style paintings.

In China’s province of Henan, the city of Nanyang is built around the Baihe river and is serviced by the Nanyang Jiangying Airport. Constantly being upgraded, the airport has all modern facilities and lies 12 kms out of town. Public buses connect the airport to the city as do taxis; both take under 30 minutes. Guangzhou, Lanzhou, Beijing, Tianjin, Dalian, Guiyang, Shenzhen, Chengdu and Hangzhou have daily flights. China Southern Airlines accommodates the most routes.