Panjin City is located in the southwestern part of the Liaoning Province, China. It is in the middle of the Liaohe River Delta which makes the area surrounding the city very fertile and full of wildlife. On its southern side, Panjin City faces the Bay of Bohai Sea which adds to its picturesque landscape. The unique Red Beach, the wetlands full of nesting birds, and parks make the city a very popular tourist destination in China for naturalists, birdwatchers, tourists, photographers, painters, etc. 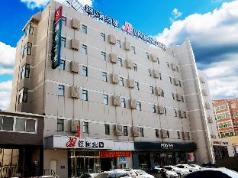 JinJiang Inn Panjin Shiyou Street is perfectly located for both business and leisure guests in Panjin. The hotel offe... 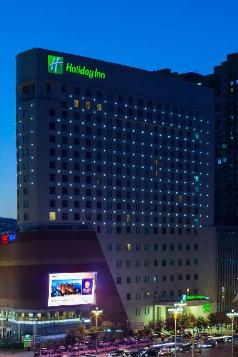 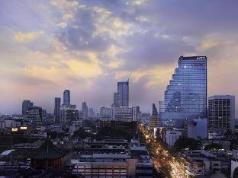 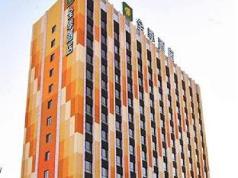 Stop at JI Hotel Panjin Railway Station to discover the wonders of Panjin. The hotel has everything you need for a co...

Stop at Holiday Inn Express Panjin Downtown to discover the wonders of Panjin. The property features a wide range of ...

Panjin Red Beach - This scenic spot is a vast wetland or marsh covered with red colored seepweeds. Of course, the region also has plenty of other varieties of reeds and also paddy fields nearby. But a majority of the landscape is occupied by seepweeds which turn bright red in the month of April in the summer season. As the season moves on toward autumn, the seepweeds turn darker and darker red till they look purple-red in the winter. The reed-filled beach has such an awesome ecosystem that it has become the nesting place for nearly 100,000 birds belonging to more than 260 species.

Liaohe Beilin (Forest of Steles) – Spread over a vast area of 180,000 square meters, the Liaohe Beilin Stele Forest is a fantastic place to see the rich art of calligraphy. This tourist attraction consists of pottery displaying Neolithic symbols, engraved pottery, oracle bones, inscriptions, stone drums, and more than 2,000 Kebei calligraphic designs. Visiting the museum in the Forest of Steles (called Grand View Garden) can be quite an education because it has exhibits pertaining to the art of calligraphy, sculptures with calligraphy, architecture with calligraphy, garden art, etc.

Ding Xiang Ecotourism Resort – This is a picturesque 4A national-level scenic spot located at the mouth of the Peace River and is a wetland forest near Panjin City. The site consists of marshy lands covered with woodlands, reeds, swamps, rivers, rice paddies, countless lakes, and ponds. The area is rich in birds and a variety of crabs because the reeds give them a safe habitat to breed.