Putian City is an urban area in the Fujian Province of China which has gained popularity as a tourist destination only in recent years. It lies on the Xinghai Bay in Taiwan Straits. The city can be easily identified from a distance by the sight of the gigantic statue of the Goddess Mazu, a patron saint of sailors. The Mulan River that flows in the southern side of the city adds to the city’s existing natural beauty. With the rapid development of tourism and hospitality services in the city, Putian has evolved into a popular tourist destination in the last few years. 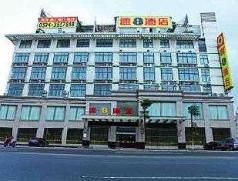 Located in Hanjiang, Super 8 Hotel Putian Hanjiang Branch is a perfect starting point from which to explore Putian. B...

Set in a prime location of Putian, Holiday Inn Putian Xiuyu puts everything the city has to offer just outside your d... 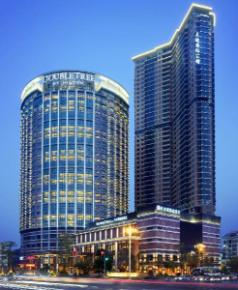 Doubletree by Hilton Putian is conveniently located in the popular Chengxiang area. Both business travelers and touri... 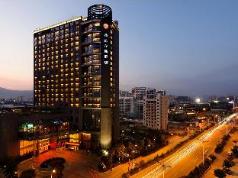 Located in Licheng, Putian Depo Hotel is a perfect starting point from which to explore Putian. Both business travele... 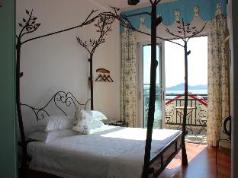 The 3-star Mission Hills Resort Putian Meizhou Island offers comfort and convenience whether you're on business or ho...

Meizhou Island – What sets the Meizhou Island apart from other islands in China is the fact that it is the birthplace of Goddess Mazu (Matsu). The island is located about 1.8 nautical miles across the Taiwan Straits from Putian City on the mainland. The island is a very popular national-level tourist zone with dotted with several attractions. The most interesting sites on the island are the Goddess Mazu Temple, the gigantic stone statue of Goddess Mazu that dominates the landscape and can be seen from miles away, and the Ewei Mountain Scenic Area.

Temple of Goddess Mazu – Located on Meizhou Island off the city of Putian, the Mazu Temple is dedicated to a female deity worshipped by sailors and seafarers. There is are estimated 3,000 Goddess Mazu temples in the world with an approximate following of 100 million people. But this temple is significant because Meizhou Island was the hometown of the young woman who was later worshipped as a goddess. Each year in the spring season, a festival is celebrated at the temple which has more than 100,000 visitors from many parts of the world and especially from Southeast Asia.

Jiuli Lake Scenic Area – Located in the county of Xianyou near Putian City is a picturesque area blessed with natural beauty and cultural sites. The region consists of several natural lakes, splendid waterfalls, pools, fascinating rock formations, dense greenery, and more. The Jiuji Waterfall is the most spectacular sight near the lake. Other interesting attractions in this scenic area include Taoist Yuhua Caves, Wuyi Mountain, as well as oddly shaped rocks like Zhuoquan Rock and Maixie Rock. In fact, the mountain, the cave, and the waterfall are referred to as the 3 treasures of Fujian Province.

Guanghua Temple – This tourist attraction is located at the foothills of Fenghuang Mountain near Putian City. The mountain itself has picturesque landscapes of dense green forests and beautiful water bodies. The temple is the highlight of this scenic area. The complex is spread over a vast area of 33 hectares and consists of several tourist attractions worth seeing like the Mahavira Hall, Screen Wall, “Freeing Captive Animal’s Pond”, Mountain Gate, Library of Buddhist teachings, Heavenly Kings Hall, and the vast Wofo (Sleeping Buddha) Hall.