Qiqihar is an important commercial city in the Heilongjiang Province of China. It is located on the border formed by the provinces of Heilongjiang and Jilin, and the Inner Mongolian Autonomous Region. Qiqihar is the center of politics, commerce, trade, industries, and finance. In fact, it has several heavy industries and a well-established commercial sector. Hence, the city is wealthy, well-organized, and has some of the best tourist-related facilities and hospitality services in the province. Having a vast nature reserve in close proximity adds to the city's appeal as a popular tourist destination in China. 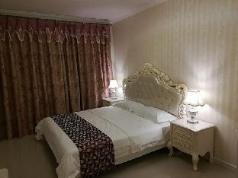 The 4-star BFXTD HOTEL offers comfort and convenience whether you're on business or holiday in Qiqihar. The property ...

Located in Jianhua, GreenTree Inn Qiqihar Jianhuaqu Zhonghua West Road is a perfect starting point from which to expl... 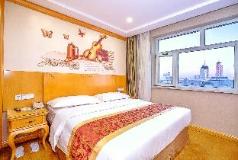 Located in Longsha, JunYue Hotel is a perfect starting point from which to explore Qiqihar. The property offers guest...

Zhalong Wetland Nature Reserve - This is one of the most famous nature reserves for bird fowl in China. Spread over a vast wetland of 210,000 hectares, according to statistics, the reserve has an estimated 286 varieties of birds. Of these, 15 species of cranes form a major part. There are red-crowned cranes, demoiselle cranes, grey cranes, white-necked cranes, white-headed crane, etc. in the reserve.

Bukui Mosque – Built during the Qing Dynasty era, this mosque consists of two sections - the west mosque and the east mosques. It is one of the largest and best-preserved mosques in the province and is protected by the State as a National Historical and Cultural site due to its history and artistic architecture.

Longsha Gongyuan Park – This is a typical all-weather city park meant for all age groups to enjoy a day outdoors amongst lush greenery. It consists of a children’s park, an amusement park with many rides, several walking-jogging paths, benches for sitting under trees, a lake, colorful flowers, and more. The highlight of the park is the Tsitsihar Guan Yu Temple. Not only is the architecture of the temple exquisite but the landscaped garden surrounding it and the aesthetically designed bridges are a delightful sight worth capturing with a camera.

Other attractions in and around Qiqihar City include the summertime night marketplace where one can get charming little souvenirs and try out the local teahouses and the old Dacheng Temple.

A military and civilian use airport, Qiqihar Sanjiazi Airport is situated in Heilongjiang, China. Located to the south of Qiqihar and 13 kms away from the urban center, a taxi ride takes half an hour to complete the journey. Public bus takes an hour and 40 minutes. Busy routes comprise of Dalian, Beijing, Tianjin, Jinan and Qingdao facilitated by Air China, China Express and China Southern Airlines. There are international flights to Vladivostok and Seoul.