Located in the Fujian Province of China, Quanzhou City is a prosperous political, economic, and trading center. It is a busy port with a constantly changing migrant population of Han Chinese as well as Taiwanese people. The pleasant climate, warm sea waters, tourist-friendly environment, and delicious seafood add to the appeal of Quanzhou City as a holiday destination throughout the year. 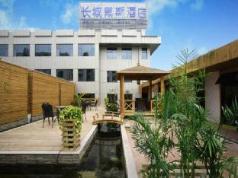 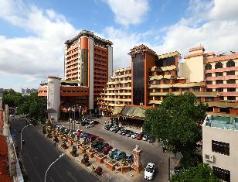 The 5-star Quanzhou Hotel offers comfort and convenience whether you're on business or holiday in Quanzhou. The hotel... 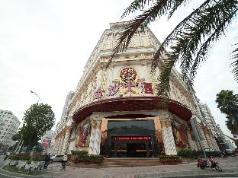 The 4-star Shishi Kingsa Hotel offers comfort and convenience whether you're on business or holiday in Quanzhou. The ... 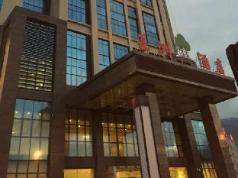 The 4-star YongChun Asia Hotel offers comfort and convenience whether you're on business or holiday in Quanzhou. The ... 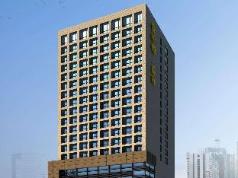 Qingjing Mosque – One might be mistaken for being in the Middle East while standing before the Qingjing Mosque. This 11th-century mosque is designed just like the mosque of Damascus, Syria. The beauty of its architecture is unmatched by any other building near the city of Quanzhou. The highlight of the complex is the massive gate of white granite and dark dolerite of four connected arches.

Kaiyuan Temple – This tourist attraction near Quanzhou City has several buildings constructed during different imperials periods. So there are structures that have the typical styles of the Tang, Song, Yuan, Ming, and Qing Dynasties. The main temple building has 86 magnificent columns, 34 exquisitely crafted statues of the Buddha, and 24 statues of angels.

Lugang Mazu Temple – This ancient wooden tourist attraction is known by several names like Heavenly Empress Palace, Tianhou Temple, or Tienhou Temple. It is a Taoist temple dedicated to Goddess Mazu (Matzu), the goddess of the seas. Besides the spectacular idol of the goddess, the wooden carvings and the pearl-studded dragons are a wonderful sight.

Luoyang Bridge – It is easy to spot this tourist attraction even from a distance because of the 12-meter-tall statue of Cia Xiang at one end of the bridge. The Luoyang Bridge is one of the oldest stone-beam bridges in China and is a cultural relic protected by the state. It has 645 intricately designed railings, 44 piers shaped like ships, a pagoda, a pavilion, and decorations in the form of 104 stone lions.

Qingshui Yan Temple (Quanzhou Water Rock Temple) – This relic is located at the foothills of the Penglai Mountain near Quanzhou City. It is a Grade 4A tourist attraction that has magnificent views and intricately designed ancient stone relics like the Hujie Palace and Banling Pavilion. The backdrop of the temple is dominated by four massive stalagmites adding to the beauty of the temple.

Quanzhou Maritime Museum – The design of the museum itself is a pleasure to see. It is built like a large ship with two massive masts. Covering an area of 7,000 square kilometers, the museum has unique exhibits that are a must-see. The artifacts are divided into four exhibition halls, namely the Quanzhou Overseas Communications, Ancient Chinese Sailboats Models, Quanzhou Religious Sculpture, and Quanzhou Customs and Culture.

Quanzhou Jinjiang International Airport is in Fujian, China and serves the locals of Quanzhou. Though airport has good facilities, there isn’t much international traffic. SF, Shenzhen Airlines and Xiamen Air cater to most of the local thoroughfare with most popular routes being Shanghai, Hangzhou, Zhengzhou, Guiyang, Wuhan, Zhoushan and Kunming. Foreign routes are mostly to the East and South East Asia. With downtown 6 kms away, car takes 15 minutes and bus takes an hour.