Shijiazhuang City, the capital of the Hebei Province is located in the fertile North China Plain. It has the spectacular backdrop of the Taihang Mountains on the western side. Consequently, the city is endowed with a wonderful mix of scenic areas that range from lush green alluvial plains to dense primeval forests. The abundance of water bodies around the region gives the impression that there is a picturesque moat surrounding the city. The green zones are divided into fabulous nature parks that will take a few days to explore.

The city has also been an educational and scientific center for several years. With the boost in the tourist trade, its rich history, industrial development, economic progress, and political will, the city has become one of the most sought-after tourist destinations in China. Its proximity to metropolises like Beijing and Tianjin has added to its appeal because it is easy to reach. 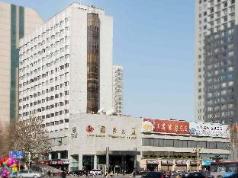 Shijiazhuang International Building Hotel is perfectly located for both business and leisure guests in Shijiazhuang. ... 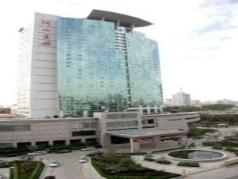 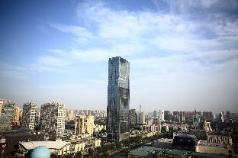 Set in a prime location of Shijiazhuang, Hilton Shijiazhuang puts everything the city has to offer just outside your ... 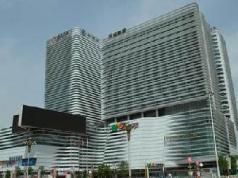 Stop at Holiday Inn Shijiazhuang Central to discover the wonders of Shijiazhuang. The hotel offers a wide range of am...

Stop at Lavande Hotel Shijiazhuang Museum Branch to discover the wonders of Shijiazhuang. Offering a variety of facil...

Mount Cangyan Scenic Area – About 70Kms from the city of Shijiazhuang is the beautiful 4A tourist attraction of Mount Cangyan. It is a treasure-trove of scenic spots that include historical pavilions, ancient cultural relics, temples, dense primeval forests, awe-inspiring waterfalls, steep cliffs, unusually shaped mountain peaks, crystal-clear brooks, and springs. The most unique sights are the white-colored sandalwood trees and the 2000-3000-years-old cypress trees that are dotted along the slopes.

Zhaozhou Bridge (Anji Bridge) – This tourist attraction near Shijiazhuang City was designed by the well-known and respected engineer Li Chun. It is one of the oldest bridges existing today and is a well-preserved stone bridge with an open-spandrel arch-type shape. This attraction has facilities for boating so that visitors can enjoy the beautiful scenery at leisure. One can also try out the aromatic local brew at the teahouse.

Xibaipo Village – The word Xibaipo means “slope with Cypresses”. The Xibaipo Village is aptly named because it is located on a slope and is surrounded by ancient cypresses. Besides greenery of unmatched beauty, the village also as several manmade tourist attractions. The main sites include the Former Site of CCCPC and the Memorial Hall, the National Security Education Hall, the Garden of Monuments, the Sculpture Garden of Former Chinese Leaders, Youth Garden, and the Anti-Corruption Education Hall.

Shijiazhuang Zhengding International Airport is 34 km from downtown which takes 40 minutes to cover by cab (costs around RMB100). Airport shuttles at RMB20 provide transit to all areas in Shijiazhuang, including the high-speed train station next to the airport. This railway station connects to Shijiazhuang railway across town with a 15 minutes train ride. Top local routes are to Hangzhou, Chongqing and Guangzhou while international routes include ports in East and South East Asia.