Tangshan City was first propelled into fame in 1971 when the martial arts legend Bruce Lee’s movie Tangshan Daxiong (Big Boss) was released. While shooting the film, Tangshan was a small village in the Hebei Province of China. In 1976, a massive earthquake had a devastating effect and turned this little village into ruins. With the coordinated efforts of the locals and the authorities, Tangshan City is now a prosperous high-tech city with good infrastructure and modern tourist-friendly amenities. Its proximity to Beijing and Shanghai makes it convenient to visit the city and explore its tourist attractions. The porcelain produced in Tangshan is considered of the finest quality. 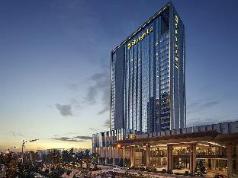 Set in a prime location of Tangshan, Shangri-la Hotel Tangshan puts everything the city has to offer just outside you... 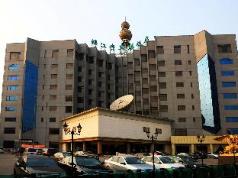 Stop at Tangshan Jin Jiang Grand Hotel to discover the wonders of Tangshan. Featuring a complete list of amenities, g...

The 3-star Holiday Inn Express Tangshan Downtown offers comfort and convenience whether you're on business or holiday... 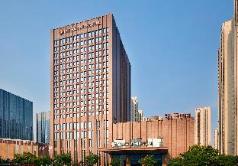 InterContinental Tangshan is perfectly located for both business and leisure guests in Tangshan. The hotel offers a w...

Zhuacun Village – With a long history of more than 4000 or 5000 years, the Zhuacun Village near Tangshan City dates back to prehistoric times. This archaeological site gives a glimpse of an ancient civilization that was prosperous and advanced for its times.

Phoenix Mountain Park – This tourist attraction of Tangshan City is dominated by the picturesque South Lake. The charming landscape of lush green trees all over, the crystal clear waters of the lake, the shaded nooks, flowering plants, and the fresh air draws locals and tourists in equal numbers.

East Mausoleum of the Qing Dynasty – Located about a couple of hour’s drive from Tangshan City are the Eastern Qing Tombs. This tourist attraction is spread over the beautiful Changrui Mountain in the Zunhua County of Tangshan. There are tombs of five Qing Dynasty emperors, four empresses, a princess, and a few imperial concubines.

Tangshan Earthquake Memorial Hall – This attraction is a must-see in Tangshan City. It has exhibits that portray how the region was devastated by the earthquake and the courage with which the locals built it up to its present prosperity.

Baiyang Valley Gorge – Another must-see near Tangshan City is the Baiyang Gorge. The Curtain Waterfall Cave and the Baiyang Trail are the highlights of this scenic area. The panoramic views are very enchanting and are a pleasure for naturalists and photographers.

A twin-use public and military use airport, Tangshan Sannuhe is located in Tangshan, Hebei province of China. The airport has flights that take citizens to Shanghai, Hohhot, Dalian, Hangzhou, Haikou, Chongqing, Shenyang, Zhanjiang, Sanming and Harbin. These connections are made available courtesy of Air Guilin, Beijing Capital, China Express, Hainan, Shanghai and Tianjin Airlines. Located 23 kms from downtown, it takes a taxi 35 minutes and bus 1 hour 15 minutes to reach the airport.