Yancheng is located in the central plains of northern Jiangsu Province, China. The city faces east towards the Yellow Sea. Due to its geographical location, the surrounding areas of Yancheng City are a rich source of biodiversity. There are not less than 40 ecological scenic spots and tourist attractions near the city as well as historical and cultural sites. The two national reserves together have been declared a UNESCO Biosphere Reserve due to its natural resources and a large variety of flora and fauna. 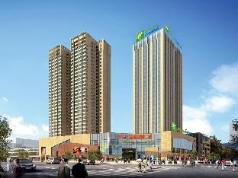 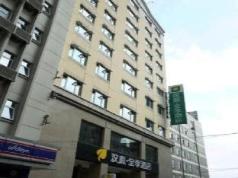 JI Hotel Dongtai is perfectly located for both business and leisure guests in Yancheng. The hotel has everything you ... 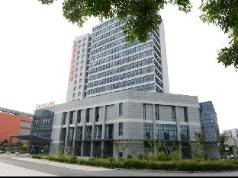 GreenTree Inn Eastern Yancheng Administration Cent is a popular choice amongst travelers in Yancheng, whether explori... 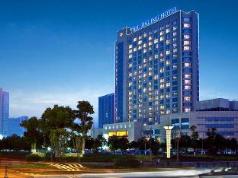 The 5-star Yidu Jinling Grand Hotel Yancheng offers comfort and convenience whether you're on business or holiday in ... 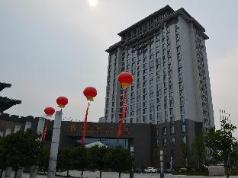 Stop at Jin Jiang Mingcheng Hotel to discover the wonders of Yancheng. Both business travelers and tourists can enjoy...

The main ecotourism of Yancheng City is centered on two tourist attractions, the Yancheng National Nature Reserve and the Dafeng Milu Nature Reserve. These reserves are the largest wetlands of Eastern China occupying an area of 583Kms of coastline and 453,000 hectares of wetland. They are located along the coast of the Yellow Sea in the north and south directions from Yancheng City. They are rich in biodiversity and are very popular tourist sites. One can find rare species of birds and animals like the red-crowned cranes, milu, ern, swan, roe, Père David’s deer, and many other aquatic birds.

The Reserve also has 3 million birds belonging to 300 species, 310 types of insects, and immeasurable varieties of fish, 45 varieties of reptiles and amphibians, 156 mollusks, and many other categories of faunae. Besides tourism and sightseeing, the reserves also serve an educational purpose. There is a facility for training courses on conservation and protection of nature. Also, there is a zoo-cum-hospital for the treatment of injured birds and animals.

Yandu Park – This is a serene park in the heart of Yancheng City. One can find children playing, people jogging or walking along the tree-lined paths, and everyone relaxing amidst the cool greenery. It is a typical city park where people can spend a joyful day or meet up with friends in the evenings.
Yongning Temple – This is a typical pagoda-style Buddhist temple located in Yancheng City in the midst of the city’s Tinghu District. The serenity and peace inside the temple are unbelievable. It is not a very crowded temple and one can see the beautiful Buddhist statues, colorful murals, and other artifacts at leisure.

Jiulongkou Nature Reserve – This tourist site is also called the Nine-Dragons Scenic Region and is located in the Jianhu County of Yancheng City. It lies on the confluence of nine rivers which form a strange shape that looks like nine dragons, hence the name. This too is a popular spot for ecotourism in Yancheng City.
Other tourist attractions in and around Yancheng City are the Taishan Temple, Dazong Lake Scenic Area, Yancheng Kuzhi Peony Garden, etc.

Yancheng Nanyang International Airport, recently refurbished, is equipped with modern facilities. The airport is in Yancheng, Jiangsu, next to the Yellow Sea. There are daily routes for passengers to Shenzhen, Shanghai and Beijing, Nanjing, Shijiazhuang, Fuzhou, Guangzhou, Yantai and Wuhan among others and routes abroad are to Japan, Hong Kong, Korea and Taiwan. 13 kms from Yancheng downtown, it takes 30 minutes by car and 1 hour 30 minutes by bus to reach the airport.