Zhanjiang, a small fishing and port city is located in the southwest of Guangdong Province, China. Being in the Leizhou Peninsula, the city has the South China Sea in its east and the Beibu Gulf on its west. It is separated from the island province of Hainan only by the Qiongzhou Strait, hence most tourists who wish to visit Hainan Archipelago have to pass through Zhanjiang. With foreign seafarers and traders entering the city over many centuries, there is an aura of western culture in the city. The colonial-style buildings along the sea coast are evidence of how much western influence was there even in ancient times. Today, the city is a semi-urban area with good tourist facilities and hospitality services. Proximity to a UNESCO heritage site adds to the city’s appeal as a tourist destination in China. 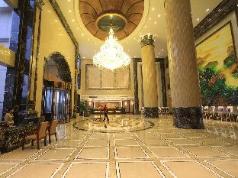 Chateau Star Sea Hotel is perfectly located for both business and leisure guests in Zhanjiang. Both business traveler... 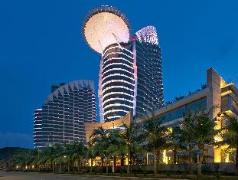 Located in Chikan, Sheraton Zhanjiang Hotel is a perfect starting point from which to explore Zhanjiang. Offering a v... 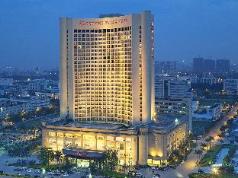 The 5-star Crowne Plaza Zhanjiang Kang Yi offers comfort and convenience whether you're on business or holiday in Zha... 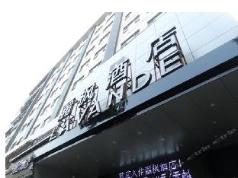 The 3-star Zhanjiang Lavande Grandbuy Branch Hotel offers comfort and convenience whether you're on business or holid... 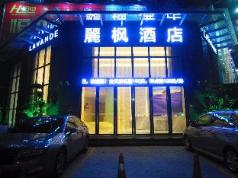 Lavande Hotel Lianjiang Avenue Telecom Building is a popular choice amongst travelers in Zhanjiang, whether exploring...

Huguangyan National Scenic Area - This scenic area is a beautiful geological park developed around the world’s largest maar (volcanic) lake. Around the lake, tourists will find many interesting things to do and see, like an ancient Buddhist temple, a nunnery, a memorial, picnic spots, a museum, a children’s playground, and plenty of trees and flowering bushes. The serene and unmatched beauty of the site is so awe-inspiring that the region has been declared a UNESCO World Heritage Site. The scenic area is perfect for a day’s trip from Zhanjiang City.

Donghai Island Tourist Resort – Being the 5th largest island in China, Donghai Island is a superb tourist spot. It consists of a 28Kms-long beach and pleasantly cool sea waters that are a pleasure for beach-lovers. The island-resort has many underground hot springs that have rich deposits of minerals of medicinal value. The Coconut Tree Forest Garden is another site on the island that is popular with tourists due to its peaceful environment and typical oriental-beach atmosphere. Another island worth a visit is the Naozhou Island with its 100-years-old history and colonial architecture.

Zhanjiang Airport is a dated terminal that has international destinations in its schedule as well. Located 10 kms away from downtown, on the outskirts of Zhanjiang, it takes 20 minutes to approach by car. Airport shuttle line 3 also provides transport but for limited hours. Among the many local destinations, Shanghai is most travelled while foreign routes include Bangkok and Phnom Penh. China Eastern Airlines has the most routes followed by Spring and Tianjin Airlines.