The city of Zibo is located in the middle of the Shandong Province of China. Being sandwiched between the Yellow River in the north and the Mount Taishan in the south, Zibo City is surrounded by pristine scenery. The city is a rich mix of urban development, green zones, pleasant climate, forest parks, ancient culture, and a tourist-friendly atmosphere. Its proximity to other popular tourist destinations like Qingdao, Weihai, Yantai, and Jinan add to its appeal as a great place for an eastern vacation. 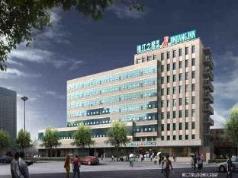 Jinjiang Inn Zibo Railway Station Branch is perfectly located for both business and leisure guests in Zibo. Both busi... 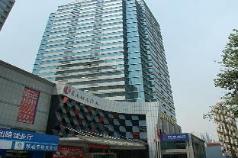 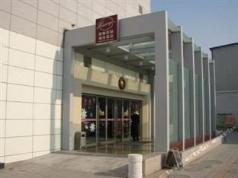 Housing International Hotel Zibo is perfectly located for both business and leisure guests in Zibo. Featuring a compl... 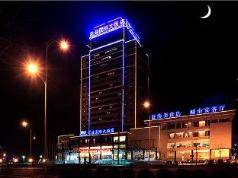 Stop at Zibo Blue Horizon Intenational Hotel to discover the wonders of Zibo. The hotel offers a wide range of amenit... 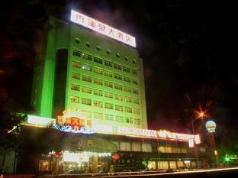 Zibo Puquan Hotel is conveniently located in the popular Zichuan area. The hotel has everything you need for a comfor...

Yuanshan National Forest Park – This attraction is a major eco-tourism center in the province. The forest park consists of several scenic spots like the Phoenix Mountain, Wanglu Mountain, Yuwang Mountain, and the scenic resorts of Xuejiading and Jiagutai. The entire area is a treat full of spectacular mountain peaks and breathtaking valleys. The most popular sight in the park is the Phoenix Mountain. These slopes are considered to be a natural botanical garden. It consists of more than 600 species of herbaceous plant and over 120 varieties of wooded plants. The park also has a recreational and entertainment center where tourists can indulge in various activities. The local ethnic groups even perform a song and dance routine for the visitors.

Yiyuan Karst Cave – This tourist attraction is a historical and cultural site of unmatched beauty. There are over 40 karst (colorful rock deposits) caves with brilliant colors. Fossil findings from the caves have shown that they were the dwellings of the ancient cavemen. The Jiutian Cave is the highlight of this area. It consists of the exquisite natural stalactites and stalagmites, columns, and rock-curtains that are almost magical in their appearance. The Buddhist statues in the Qianren Cave have a lifelike beauty that matches the three bas-relief examples found here. The dragon-shaped stones found in the Shilong Cave are also an awesome sight.

Other tourist attractions in and around the city of Zibo include the Linzi Museum of Ancient Chariots, the City Museum, Zibo Museum of Ceramics, and the Qiaoqianling Scenic Area.