With a 1,000-year-old history of producing the most delicate and exquisite porcelain, the Jiangxi Province in China is a very interesting tourist destination. The markets are filled with shops selling wonderfully crafted handmade porcelain and pottery items, from large bowls and vases to small souvenirs. The artistic environment is further encouraged by the beautiful natural surroundings and scenic areas in the Province. Every day feels like a holiday in Jiangxi.

Jiangxi Province is endowed with the best of nature. There is abundant greenery and many picturesque water bodies with a plethora of holiday resorts. The northern region is a vast plain that has a splendid backdrop of mountain ranges on three sides. They are the Huaiyu and Wuyi Ranges in the east, Jiulian and Dayu Ranges in the south, and Mufu, Jiuling, and Luoxiao Ranges in the west of the plains. The mountainous scenic areas are full of natural and manmade tourist attractions that tempt visitors from all over the world. Located in the Wuyi Range, Mount Huanggang with an elevation of 2,157 meters above sea level, is the highest peak in the Province.

The highlight of the plains is the immense Poyang Lake, a freshwater lake that is fed by five rivers, namely Gan, Ganjiang, Xinjiang, Pojiang, Xiushui, and Fuhe. It is a paradise for migratory birds that come in large flocks to escape the harsh winters of the north.

The best season to explore the natural beauty of Jiangxi Province is winter when the weather is usually dry, cool, and pleasant. The subtropical summers are hot and humid with heavy downpours. Average temperatures range between 3oC to 30oC depending on the season, the district, and the topography.

Jiangxi Province is very rich in natural resources and has developed into a very prosperous region over the ages. The alluvial soil and multiple rivers in the plains have helped develop mass-scale agriculture with crops like cotton, rapeseed, and kumquats (fruits) growing in plenty.

The mountains are rich in minerals like copper, gold, uranium, tantalum, tungsten, silver, thorium, niobium, etc. This has led to the development of large-scale mining, refining, and allied industries over time. The Dayu County and Dexing City are prosperous mining centers of the province and have contributed to the economy of the Province in a big way.

Another asset provided by the mountain ranges is a bonanza of forests, flora, and fauna. These regions are protected by the State and are the natural habitat for many endangered species. In fact, even reintroduced tigers are thriving in these forests. A number of cities and towns have sprung up due to their proximity to tourist attractions.

The cities also have a large number of schools, colleges, and universities. Besides Nanchang, the provincial capital, other major urban areas include the Ganzhou, Pingxiang, Jiujiang, Xinyu, Fuzhou, Yichun, Jingdezhen, and Nancheng. They have a well-developed infrastructure, communication systems, shopping areas, and hotels.

In Jiangxi Province, most of the population of 44 million is educated and has a fair knowledge of English. There is a prominent presence of the Han Chinese and Hakka people (99%), with just a few minority groups like the She and Zhuang in some of the remote places. So the predominant religions are Chan Buddhism, Taoism, and folk beliefs.

Since ancient times, the people of Jiangxi Province have had an artistic bend. The porcelain products and porcelain engravings of Jingdezhen are famous all over the world for their delicacy and design. The people are also talented in making useful articles and furniture with woven bamboo. The town of Pingxiang is the largest producer of decorative fireworks in China. The people in the Province are fond of green tea and black tea that is grown and processed locally. Consequently, there are many teahouses in the region.

Just like Fujian, the Jiangxi Province is also famous for the earthquake-proof Hakka walled houses called tulous. They are multi-storied structures like mini-walled cities, in which an entire clan of up to 800 people can live. Longnan Town boasts of having almost 367 Hakka houses which are architectural marvels and major tourist attractions. Ganju is a local opera that is not so famous beyond the Province but is popular with the locals.

Nanchang is a junction where major railway lines coming from the four directions cross each other. Hence, it is a transport hub for the industries, locals, as well as tourists. Hence, it is connected by rail to all the other provincial capitals in China. The development of expressways and internal roads in recent years have made road travel much easier.

Mount Lushan Scenic Area is a UNESCO World Heritage Site and is one of the most famous attractions in the Province. It has a large number of domestic and overseas tourists visiting all year round.

Jiangxi cuisine is characterized by the use of different ingredients that will make the dish not only flavorful but also colorful. They used various methods of cooking like braising, simmering, stewing and steaming. Their dishes are soft or crispy but rarely deep fried. Sticky rice grown in their plains is the staple.
Some of the popular Jiangxi delicacies are steamed pork with rice flour, three cups of foot fish, quick-fried Lushan fish and eggs, sautéed preserved pork and sticky rice cakes, Poyang-style large meatballs, chicken legs, etc. 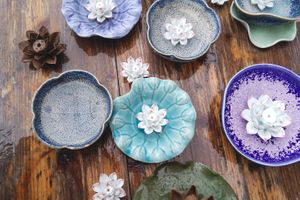 Located in the Jiangxi Province of China is a place that has always been famous for its exquisite porcelain and potte... 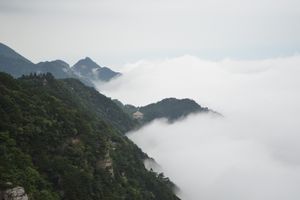 In the Jiangxi Province in central China lies the magnificent Lu Shan or Mount Lu which is a UNESCO World Heritage Si... 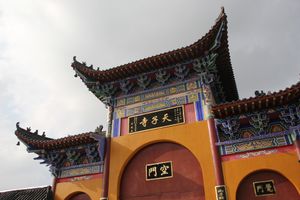 When cities are located on ancient trade routes they evolve into prosperous areas with a charming mix of nationalitie...