The county-level city of Bozhou is located in the northwestern section of the Anhui Province, China. It lies on the southern end of the fertile Huang-Huai River Plain. Besides having an abundance of agricultural produce, the city is also surrounded by regions rich in natural resources. Hence, Bozhou has grown into a very industrialized and urbanized region over the years. Bozhou is a leading producer of various items like food crops, fruits, vegetables, cash-crops, medicinal herbs, heavy machinery, wine, cotton, livestock, poultry, pharmaceuticals, textiles, chemicals, printing materials, etc. Consequently, the city is very prosperous and has well-developed infrastructure and organized tourism and hospitality sectors. 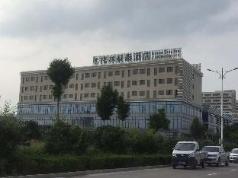 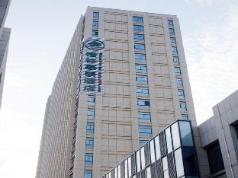 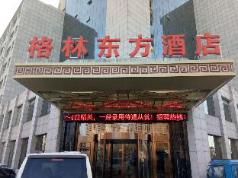 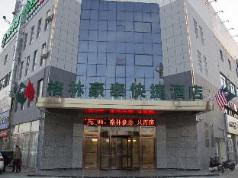 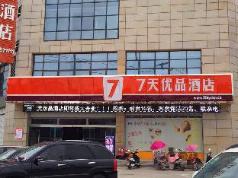 Located in Lixin, 7 Days Premium·Haozhou Lixin Renmin Bei Road is a perfect starting point from which to explore Bozh...

Underground Great Wall – This tourist attraction is actually an underground tunnel built by General Cao Cao who lived during the Three Kingdoms Period that is between 220 and 280 AD. The tunnel was made using brick, clay, and wood and has remained in a reasonably well-preserved condition.

Hua Xi Lou – One cannot visit Bozhou and not see a performance at the Hua Xi Lou, an opera theater which is part of the Great Guandi Temple. The theater was built during the Qing Dynasty reign using excellent quality wood. Skilled artisans decorated the stage with beautiful and intricate engravings and colorful patterns.

Huazu An (Huazu Nunnery) – This tourist attraction was first built during the Tang Dynasty and extended further during the Song Dynasty era. It was built in honor of Huatuo, the first surgeon of China who lived more than 1,600 years back. He developed an anesthetic powder which could be used while performing surgeries. He is also the pioneer in Wuqin Xi, a form of therapeutic exercises for health benefits that imitate the movements of animals.

Shan-Shaan Guild Hall of Haozhou – This attraction is a true representation of the Zhangzhou culture. It is an old building constructed on the Ming and Qing Street. The Guild Hall is surrounded by other buildings and mansions that were also built during the Ming and Qing Dynasty reigns so the entire street has an old-world charm and takes you back in time!

Anhui Gujing Brewery – The brewery is located in a locality called the Gujing Group Pedestrian Street. The area consists of artistically designed pavilions, buildings, landscaped gardens, rockeries, etc. A visit to the Wine Culture Museum is very interesting. Once contact has been made with a representative of the Gujing Group of Industries, one can get a guided tour of the entire complex, the museum, and the brewery.