Huaibei is a prefecture-level city located on the northern side of Anhui Province, China. It acts as a link between the provinces of Anhui, Henan, Jiangsu, and Shandong. Being not too far from the city of Suzhou, Huaibei has inculcated its tradition of developing artistically landscaped gardens. In fact, the parks and gardens of Huaibei are considered to be only second to those of Suzhou. So like Suzhou, Huaibei is also referred to as the National Garden City. The city has a booming foreign trade, countless educational institutions, deep-rooted ancient culture, ultra-modern amenities, and well-established tourism and hospitality sectors. 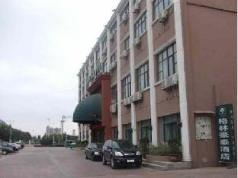 Located in Xiangshan, GreenTree lnn huaibei Renmin Road is a perfect starting point from which to explore Huaibei. Th... 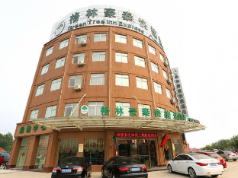 Located in Xiao, GreenTree Inn Suzhou Xiao County Zheshang Market E is a perfect starting point from which to explore... 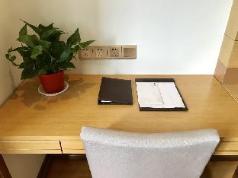 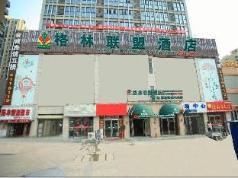 Set in a prime location of Huaibei, GreenTree Alliance HuaiBei Railway Station Jinseyu puts everything the city has t... 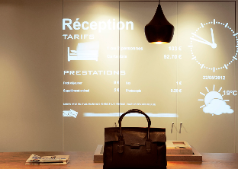 Ibis Huaibei Nanli Road Hotel is a popular choice amongst travelers in Huaibei, whether exploring or just passing thr...

Xiangshan Mountain Park – Leading across the Huaibei Plains one reaches a very picturesque tourist spot called the Xiangshan Mountain Park. The highlight of this national park is the ancient Xiantong Temple whose construction was started during the Western Jin Dynasty and continued up to the Tang Dynasty period. The classic architecture of the temple is an awesome sight against the backdrop of dense forests, landscaped gardens, and water bodies. Other interesting sights in the park are the inscribed steles of the Qing Dynasty era and the inscriptions on the cliffs of Shenshui Crag.

Nanhu Wetland Park – This tourist attraction is in far contrast with Xiangshan Park’s antiquity. It is an all-in-one park which serves as a water-themed amusement park as well as a site for ecotourism. The abundant flora and fauna, including various species of wild animals (not predators), birds, and migratory birds add to its appeal as a popular tourist spot. People visit the park not only to enjoy the water-based recreational facilities but also to stroll along the pathways and enjoy the fresh air and greenery. The landscaped gardens are considered almost as good as those in Suzhou.

Shuanglou Huahai Flower Field - This is located near the Shuanglou Village, not too far from Huaibei City. It is a flower field growing lavender in large quantities. This picturesque and ornately designed garden also has other interesting spots and recreational facilities like the Lily Love Valley, Succulent Plant Hall, Hundred Flower Garden, Shibazakura Garden, blueberry picking garden, Tongxin Lake, Ecological Restaurant, fishing, BBQ, children's playground, wedding photo area, etc. So there is plenty to do in the flower field.

Linhuan Ancient Tea Town – A short distance from Huaibei City is the Linhuan Ancient Tea Town. This town has a history that dates back 3,000 years. It has been famous for its tea culture since the Ming Dynasty period. The central street of this ancient town is 500 meters long and consists of not less than 18 huge teahouses where tourists can taste the local snacks and the aromatic local brews.