Huizhou City is situated on the Dayawan Bay in the South China Sea. Being on the coastline of the Guangdong Province of China, it is one of the richest and most prosperous cities in the province. The city is dotted with plush villas and cottages that show the affluence of the local people. Consequently, Huizhou City has a well-defined infrastructure and organized tourism and hospitality sectors. The city’s proximity to a multitude of scenic areas has made it a hotbed for ecotourism in recent years. 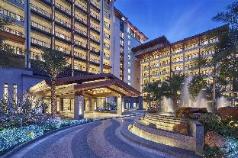 Located in Longmen, Hilton Longmen Huizhou is a perfect starting point from which to explore Huizhou. The property of... 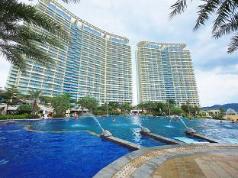 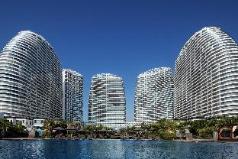 Set in a prime location of Huizhou, Howard Johnson Sandalwoods Hot Spring Resort Shuan puts everything the city has t...

Located in Huicheng, Crowne Plaza Huizhou is a perfect starting point from which to explore Huizhou. Offering a varie...

Stop at Vienna Hotel Huizhou Danshui Baiyun Road to discover the wonders of Huizhou. The property features a wide ran...

Luofu Mountain Scenic Area – Divided between Mount Fu and Mount Luo, this scenic area is a treat for naturalists, photographers, and tourists. Well-known as an ecotourism spot, the area consists of 432 mountain peaks and 980 springs and waterfalls. In the midst of such unmatched natural beauty are 18 Taoist grottoes or religious caves. The biggest cascade is the Baishuimen Waterfall which is the largest in the entire province. Other magnificent scenic spots in this area include the Huanglong Grotto Waterfall and the Baishuili Waterfall.

Huizhou West Lake – The city of Huizhou has another fascinating ecotourism spot within its vicinity. The West Lake Scenic Area, besides dense forests, is resplendent with 17th-century pavilions, pagodas, and landscaped gardens. The region consists of 6 lakes, 9 artistically designed bridges, and 117 species of phytoplankton, 127 species of plants, 50 species of birds, 50 species of reptiles and amphibians, and over 50 species of fish.

Nankun Mountain Primeval Forest Natural Reserve – This tourist attraction beats the other two in its ecotourism aspects. The reserve is a national 4A tourist spot and is often referred to as the “summer paradise” of the Pearl River Delta. This region of unparalleled beauty consists of tall mountain peaks, breathtaking vistas, streams, waterfalls, dense forests of pines and bamboos, and more.

Beach Spa – This tourist attraction is perfect for those seeking a relaxing oriental vacation. The Beach Spa hot springs center is a marine-theme based resort. It consists of 72 springs of different sizes, a coastal-style garden, health spas, and a sea turtle area as well. The Chinese medicinal bath is famous here. After the treatment, guests are treated to a big pot of specially brewed herbal tea.

Huizhou Pingtan Airport is situated 20 kms from the town center of Pingtan and 24 kms from Huizhou in the Guangdong province. A taxi from the airport into Huizhou takes 35 minutes and routes by bus are available that take 2.5 hours and more. With 19 and 11 flights a week, Zhengzhou and Nanchang are most visited destinations. Other airlines here are Air China, Juneyao, Shenzhen, Tianjin, China United, China Eastern and China Southern Airlines.