The city of Liuzhou is located in the middle of the Guangxi Zhuang Autonomous Region, China. The city itself is a well-organized urban area with modern amenities that would please any tourist. While the region surrounding the city is one of the most fascinating mix of colorful karst landscapes, weirdly shaped rock formations, crystal clear water bodies, dense primeval forests, and more. The surrounding area is also the home to the largest population of ethnic minority groups like the Zhuang, Yao, Dong, Miao, and others. Each group has retained its customs, traditions, attire, cuisine, architecture, and way of life. Naturally, with so much variety, tourists find the region around Liuzhou City very appealing and interesting. 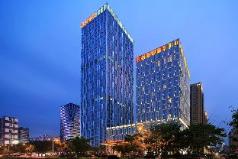 Wanda Realm Liuzhou is perfectly located for both business and leisure guests in Liuzhou. The hotel has everything yo... 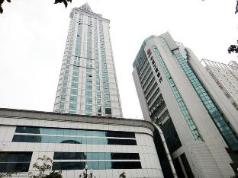 Located in Chengzhong, Liuzhou Lijing Hotel is a perfect starting point from which to explore Liuzhou. The hotel offe... 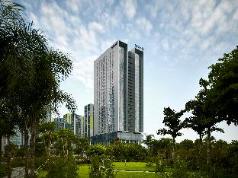 Set in a prime location of Liuzhou, Radisson Blu Hotel Liuzhou puts everything the city has to offer just outside you... 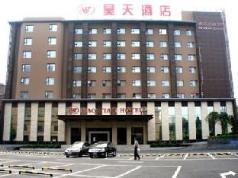 The 2-star haotian hotel offers comfort and convenience whether you're on business or holiday in Liuzhou. The hotel o... 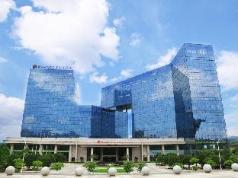 Stop at Ramada Plaza Liuzhou Liudong Hotel to discover the wonders of Liuzhou. Both business travelers and tourists c...

Longtan Scenic Area – This scenic area is as colorful in its landscape as it is in the ethnic culture. The entire area is dotted with colorful karst rock formations and caves filled with stalactites and stalagmites of brilliant hues. The most significant tourist attraction in this region includes the Liuhou Park where the ancient Memorial Temple of Liu Zhongyuan is located. Liu Zhongyuan who was an honored poet, philosopher, and writer during the Tang Dynasty era. In fact, the city gets its name from this great personality and the beautiful architecture of the memorial and the landscaped gardens are a fitting tribute to his contribution to society. Another striking feature of this scenic area is that the region is known as the “land of bizarre stones” because there are countless strangely shaped stones and boulders all over the area.

Ma'an and Yufeng Hill Parks – This tourist attraction is spread across two hills, the Yufeng Hill and the Ma’an Hill. The Yufeng Hill consists of caves show evidence that they were inhabited by humans thousands of years ago. While Ma’an Hill has a massive depression that is believed to be a footprint of one of the eight “Great Immortals” of ancient Chinese mythology. Cable cars are available so that tourists can experience the spectacularly serene beauty of the parks.

Sanjiang and Rongshui ethnic villages – This tourist spot is very vast. It consists of a group of ethnic villages which is believed to have the world’s largest population of ethnic minorities. Besides the beautiful natural landscape, visitors are usually fascinated by the different customs and traditions, architecture, cuisine, colorful clothing, etc. of the different ethnic communities.

Caves – There is an abundance of caves in the region surrounding Liuzhou City. The Lianhua Cave is a popular tourist attraction which includes tourism and anthropology. While the Dule Lava Scenic Area is a treat of brightly colored karst caves full of unusually shaped stalactites and stalagmites. The caves look like nature has built a fantastic palace within its mountains.

Liuzhou Bailian is a dual-purpose airport serving civilians and the military. About 17 kms out of town, the airport is accessible through Highway 209 and Hangling road and takes 40 minutes by car. Public buses take 1.5 hours to make the trip to the airport. Airlines stopping at Liuzhou are Air China, Xiamen Air, China Express, China Eastern and Shenzhen Airlines. Trips are made to Wuhan, Beijing, Shanghai, Chongqing, Hangzhou, Xi’an, Haikou, Kunming and Xiamen.