Located in the Shanxi Province of China is a quaint Pingyao City. Also called Pingyao Old Town, it is so beautiful that the entire city was declared a UNESCO World Heritage Site in 1997. Ever since the number of domestic and overseas tourists to the city has increased manifold. Pingyao is a unique walled city with a history of 2,700 years. When seen from a height, the city looks like a gigantic turtle.

Even the souvenir shops, cafes, museums, parks, and other attractions in the city have the same old-world appearance. So one can safely say that nothing is ultra-modern or contemporary in Pingyao. In fact, the locals take pride in their heritage buildings and the picture-perfect beauty of their city. Being just 107Kms from Taiyuan City, the capital of Shanxi Province, most tourists make a day trip to Pingyao to experience its quaint beauty. 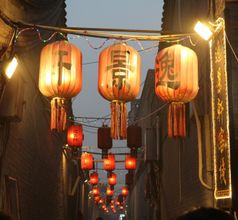 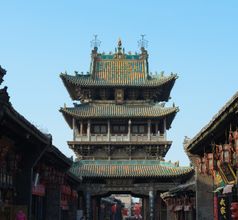 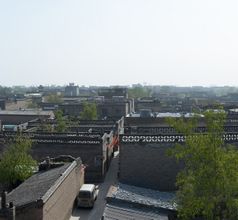 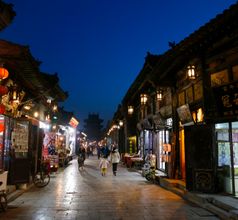 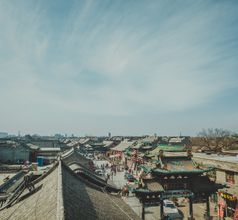 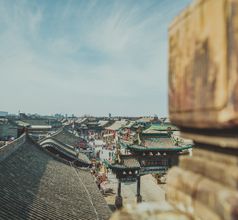 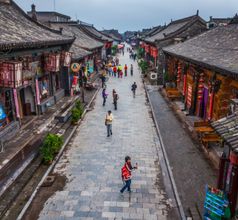 Pingyao City was established 2,700 years ago during the Western Zhou Dynasty reign. It became more powerful during the Ming Dynasty when it became a military stronghold for the imperialists. This was the period when the wall, gates, turrets, and the moat were constructed around the city. Later, during the Qing Dynasty, it gained fame as the financial center of China. The first bank of China was set up at the time on West Street. Its commercial impact in those days was considered equivalent to that of Wall Street has today.

As far as urbanization is concerned, the time has stood still in Pingyao Old Town. Motor vehicles are not permitted inside the city in order to preserve its cobbled streets and pollution-free environment. Pingyao is a very popular tourist attraction for domestic tourists but its unmatched beauty has been discovered by very few overseas travelers. Some foreigners visit the city before 8 AM so that they can get the best shots before busloads of local tourists descend on this charming town.

The accommodation in Pingyao City is in the form of heritage-style inns or courtyards which are actually Ming or Qing style mansions turned into guesthouses spacious. For those who want more upscale accommodation, there are several palace-style boutique hotels or cultural-theme luxury hotels as well. As a majority of the city’s visitors are Chinese, the staff in these hotels may or may not understand English. So carrying a suitable dictionary or downloading a translation mobile app will be a great help. Many of the upscale hotels have free Wi-Fi access at least in the shared area like restaurants, the lobby, and the gardens.

The main must-see of Pingyao City is the city itself! The locals and the government have still preserved the city’s 4,000 Ming and Qing style quadrangular-shaped buildings and 72 cobbled interconnected alleys. The main thoroughfare in the city is the “Ming and Qing Street”. This was the hub of commercial activities in ancient times. There are hundreds of little shops along the street which has been there since the old days. The street also has several residential buildings with lovely courtyards full of trees and flowering plants. The shops include cafes and fast food takeaways, as well as shops selling artworks like paintings, calligraphy, and carved souvenirs.

The City Wall around Pingyao is itself a tourist attraction. First built between 827 and 782 BC, the wall was reconstructed with bricks and stones in the 14th century. The 6Kms long wall, its 4 watchtowers, 6 city gates, and the moat all around are still intact.

Another charming tourist attraction in Pingyao City is the Temple of the City God. This temple still has a magnificent wooden arched gate, several halls, murals, and pictures of heaven and hell. Although the temple is dedicated to the city God, the complex also has the God of Wealth and the Kitchen God.
The County Government Office is worth a visit because it has vast landscaped courtyards that are wonderful examples of Chinese gardens. This 14th-century complex consists of several buildings with typical Yuan and Ming Dynasty architectural styles with a total of 300 rooms. A visit to the Rishengchang Exchange House (the ancient bank) will be an interesting experience too.

The South Street is another site that is a popular tourist attraction in Pingyao City. It consists of a long row of Ming and Qing style mansions which were later converted into museums, businesses, or institutes. The most popular among these is the Armed Escort Company Museum. This was the home of Wang Zhengqing and his son Wang Shumao who were both martial arts experts.

Pingyao only has one small railway station, located just to the north-west of the ancient walled city. Only low-speed trains pass through here, with connections to small neighboring cities, as well as a few bigger cities like Taiyuan and Beijing.

The climate of Pingyao is temperate. The winter is cold with little snow and severe fog. In the spring, the temperature varies greatly between day and night, with a little rain and some winds. Summertime is often hot, humid and rainy. Autumn days have falling temperatures with little rain and are cool and clear with abundant sunshine.