Suzhou is a smallish city located in the Anhui Province of China. It is just over 220 kilometers from Hefei, the capital of the province and is easily reachable. What attracts tourists to this charming city is its pristine natural forests as well as its rich historical and religious attractions. Although the city is a well-developed urban area, there is an aura about the place that speaks of a rich cultural heritage, imperial history, religious beliefs, and peace. These factors have not changed despite the fact that as far back as the Han and the Qin Dynasties the city of Suzhou was a prosperous and wealthy commercial hub. This was due to its strategic location on the banks of the Huai River and proximity to the Tong Ji Canal, both of which were busy waterways.

Doubletree by Hilton Anhui-Suzhou is perfectly located for both business and leisure guests in Suzhou (Anhui). The ho... 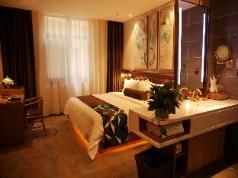 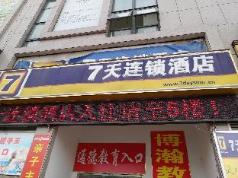 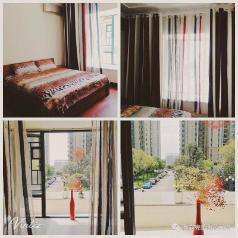 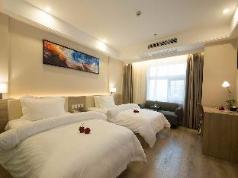 Huangcangyu National Forest Park – This spectacular tourist attraction gets its name because Liu Bang, the Han Dynasty Emperor had hidden in the lush forests to escape from the pursuing Qing Dynasty soldiers. Ever since this forest-park has been referred to as “Huangsangyu”. This scenic area is spread over 31 square kilometers and consists of magnificent peaks, deep valley, dense forests of yellow mulberry trees, ancient pines and cypresses, and more than 700 types of medicinal herbs. The national park is teeming with wildlife (not predators) like foxes, weasels, and countless species of birds. This is a classic spot for ecotourism. Some of the highlights of this scenic area include:

Huangcang Cave: This is a 10-meters deep circular cave whose mouth is partially covered by a gigantic boulder referred to as the “flying stone” because it is perched very precariously on the cliff. It is believed to be the spot where Emperor Liu Bang hid from the pursuers.

Ruiyun Temple – This is a beautiful ancient relic that is another must-see near Suzhou City. It was constructed in 535 AD during Da Tong’s rule (Liang Dynasty). The temple is perched very dangerously between an abyss on one side and a steep cliff on the other. The temple complex consists of three large courtyards and 99 rooms that are in a reasonably well-preserved state considering its age.

Tian Meng Temple – Constructed during the Yuan Dynasty era, the Tian Meng Temple was later destroyed and reconstructed. This Buddhist monastery consists of just one building with 44 rooms which is surrounded by tall and steep cliffs on three sides. The highlight of this temple is the room where the 7 emerald Buddha statues are preserved by the monks. These statues are the most unique examples of Buddhist art in the world.

Ba Jian Spring: This tourist attraction has an interesting story. It is believed that in the year 205 BC, Liu Bang who had taken shelter in the forests while escaping from the Qing Dynasty soldiers was thirsty, he couldn’t find water nearby. So he drove his sword into a boulder from which a spring emerged which is why the mouth of the spring is shaped like a scabbard. The spring never dries but flows throughout the year.