Located in the northernmost part of Shaanxi Province, China is the beautiful but little-known city of Yulin. The city has a very unique location where the Loess Plateau and the Maowusu (Mu Us) Desert meet. The vast Ordos Desert lies to the north and northwest of Yulin City. At one time this was an arid land, but due to the government’s efforts in preventing desertification, Yulin City and its surroundings have turned into a beautiful oasis town with green shrubs and palms growing in the region. Over the last few years, the city has seen more visitors wanting to see its ancient religious relics and historical sites and is growing into a popular tourist destination.

The section of the city called the Yulin Old Town is a bonanza of ancient hutongs lined with traditional Chinese houses and courtyards that have remained in good condition. The most interesting tourist attractions are the Xiangyun Si (Fragrant Cloud) Temple and the Daixing Si (Bring Gladness) Temple tucked away in these beautiful alleys.

For those who like collecting unusual souvenirs, the traditional markets in Yulin are a real treat. There are several souvenir shops dotted along the alleyways that sell good quality handmade souvenirs. The most popular items are small terracotta warriors and horses, tri-colored glazed pottery items, hand-painted fabric (accessories like scarves and stoles), and other ethnic-style handicrafts.

Yulin City has developed into a popular tourist destination only in the last few years and is still evolving. Consequently, there is only one 4-star hotel in downtown Yulin with 5-star quality rooms and amenities, including a western-style in-house restaurant. On the other hand, the city has several 2 and 3-star hotels, grade-one hotels, inns, and guesthouses that offer clean accommodation and a few amenities for the convenience of tourists. Being a remote city, the staff in a majority of the hotels may not understand English. It is very necessary to carry a suitable dictionary or download a voice-based translation app. 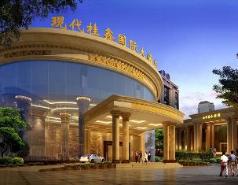 Yulin Modern Guixin International Hotel is conveniently located in the popular Yufeng area. The hotel has everything ... 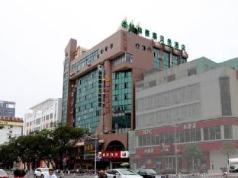 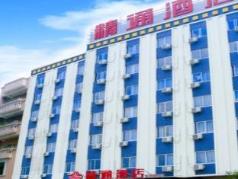 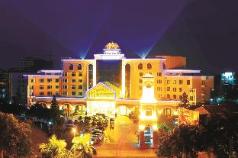 The 4-star Yulin Garden International Hotel offers comfort and convenience whether you're on business or holiday in Y... 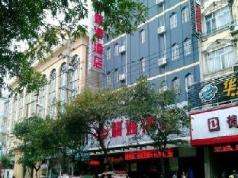 Partly due to the fact that Yulin City has such a remote location, its ancient relics have remained in a well-preserved condition. The government’s efforts in restoration have also helped to preserve the rich historical and religious sites. The most famous historic relic near the city is the Zhen Bei Tai Tower (or Suppress-the-North Platform). This section of the Great Wall of China was built during the Ming Dynasty reign and was the biggest guard tower and fortress for the large garrison. Other historical attractions include the Tongwan City Site which was the capital of the ancient Daxia Kingdom and the Ming period’s Li Zicheng Temporary Palace.

There are two tourist attractions that showcase the Yulin people’s involvement during the Communist revolution. These attractions are the Yangjiagou Site located in the Mizhi County of Yulin City and the Shenquanbu Memorial Hall situated in the Jiaxian County.

Although Yulin City lies on the borders of vast desert regions, there are two scenic areas nearby that have lush greenery and/or water bodies. One is Lake Hongjiannao which is the largest freshwater lake situated in a desert in China. It is estimated that nearly 5,000 pairs of gulls breed on the lakeside. It is surrounded by greenery and is a true oasis that is worth photographing. The other site is the Hongshi (Red Stone) Gorge which is a deep canyon dotted with ancient caves and grottoes. The gorge has carved Buddhist artwork, massive cliffside inscriptions, and even an ancient pagoda.

A small airport in Yulin, Shaanxi, Yulin Yuyang Airport is northwest from the city. There are 17 kms between Yulin and its aviation center and journey by car takes 30 minutes. Airport shuttle is also available and takes about 50 minutes with 9 stops till downtown. There are over 100 flights to Xi’an each week. Beijing, Jinan, Harbin, Yinchuan, Nanjing, Lanzhou, Shenzhen, Hangzhou and Shenyang are also destination from Yulin provided by the established airlines.