Zigong City is located in the southern section of the Sichuan Province, China. It lies on the banks of the Fuxi River near the famous Leshan City in its east. Zigong is a prefecture-level city that was formed when the two towns of Ziliujing and Gongjing were merged. The city has been a pioneer in various ways. It has a 2000-years-old history of salt extraction and is often referred to as the “salt city” of China. After many dinosaur fossils were discovered in the vicinity of the city, it has also been termed as the “home of the dinosaurs”. Zigong City also pioneered the Chinese Lantern Festival which is celebrated throughout the country even today. 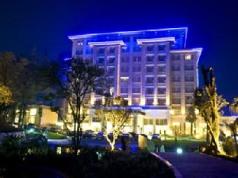 Set in a prime location of Zigong, Tanmulin Celebrity City Hotel puts everything the city has to offer just outside y... 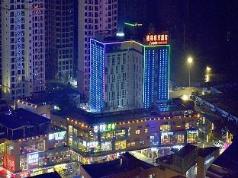 GreenTree Eastern Zigong Huashang International Ci is a popular choice amongst travelers in Zigong, whether exploring... 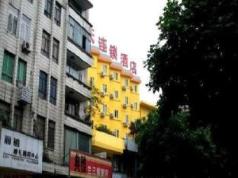 Set in a prime location of Zigong, 7 Days Inn Zigong Ziyou Road Caideng Park Branch puts everything the city has to o... 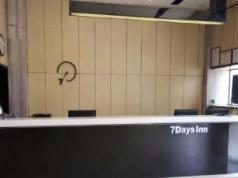 7 Days Inn Zigong Bus Station Branch is a popular choice amongst travelers in Zigong, whether exploring or just passi... 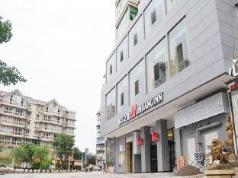 Jinjiang Inn Zigong Tongxing Road Branch is a popular choice amongst travelers in Zigong, whether exploring or just p...

Zigong Dinosaur Museum – This is the most important tourist attraction near the city of Zigong. It is spread over a vast area of 25,000 square meters and is the biggest dinosaur museum in China. The attraction consists of a vast dinosaur fossil burial site, an ecological environment hall, a central exhibits hall, a conference hall, and research stations, etc. The exhibits section is built like a gigantic 2-storied (plus basement) cave so the museum is also well-known for its innovative architectural style. There are dinosaur fossils of different sizes, animal fossils, and plant fossils, some of which belong to rare species. The most striking exhibit is the Tianfuensis fossil that has a height of 20 meters and towers over all other fossils in the museum.

Giant Buddha – Carved during the Tang Dynasty era, the statue of the Giant Maitreya Buddha in Zigong City is second only to the statue in Leshan City. Carved into the cliff-face, this giant statue depicts the Buddha in a seated position. The statue is about 40 meters tall, 15.5 meters wide, and 13.7 meters deep. Tall pavilions were constructed around the statue so that it would not be affected by natural erosion. These pavilions still stand and have some of the best examples of Chinese inscriptions and other ancient relics.

The Chinese Lantern Museum – Covering a large area of 22,000 square meters, this is a museum especially devoted to Chinese lanterns and lantern art. The shape of the museum itself is very interesting because it is built like a massive palace lantern. The exhibits are as interesting as the architecture. The museum consists of special lanterns from China, unusual lanterns from different other parts of the world, lantern documentation that dates from the Paleolithic Era to the present, and lanterns related to specific festivals and competitions.