The city of Datong has one of the three prized Grottoes in China, namely the Yungang Grottoes (Mogao Caves and Longmen Grottoes being the other famed sites). Buddhas have been carved in the caves extensively with some being a stunning 1,500 years old. These have been acknowledged by UNESCO as a World Heritage Site relaying the finesse and mastery of cave sculpting of religious art. It is the only noteworthy tourist attraction in the industrial town of Datong and is situated 16 kms outside of the city.

There are no direct buses from Datong Railway Station to the Yungang Grottoes and you’ll have to take a combo (change at Xin Kai Li) to reach the site. Buses are available from the city, but they take quite long and thus it is advisable to hire a cab or a mini-van to make a direct journey that will cost approximately RMB50 from downtown. Beijing is a 6-7-hour train journey from Datong and a lot of tourists come from that side. In high season the tickets are RMB120 while November-March prices are RMB100. Kids below 3.9ft are allowed free of charge. The timings are from 08:30 to 17:00 but keep in mind that the museum (included in the price) at the end of the circuit closes at 16:30. It takes 2-3 hours to see the vast site.

Outside, on the face of the Wuzhuo mountain, the carvings run 1 km in length. But these have seen much damage due to wind erosion and direct exposure to weather elements. A beautiful structure has been constructed for protection but the damage from the polluted Datong air is irreversible. Inside, there are 53 caves with a grand 51,000 statues scattered amongst the caves. Though the site gets a lot of tourist traffic, but the enormity of the caves does not let it get too crowded ever.

Of particular mention is Cave 6. This is one of the most breathtaking caves and is believed to be built in 494 by Emperor Xiao Wen. The cave is carved out from head to toe and immersed in colors that give it a jubilant and festive look, very pleasing to look at. There is a stupa in the center of the hall that extends all the way to the ceiling. In the upper section of this cave the engravings depict Buddhas and other heavenly deities.

Cave 5 is the home to the largest Buddha status on site which stands at an impressive 17 meters high. Caves 16 to 20, known as Tanyao caves, all have 5 different imperial kings of China as their central subject in the form of dominating Buddha-esque figures emphasizing that the emperor was Buddha. They have different features which are fun to catch!

To imagine that these were built in a time without modern construction equipment is truly an impressive feat and makes you wonder of how many human lives went into completing this art and making it the brilliant attraction we admire so freely today. 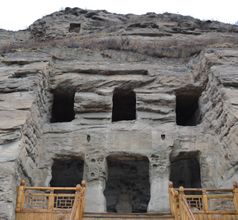 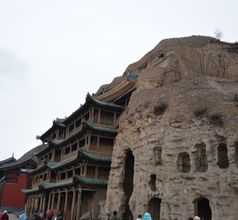 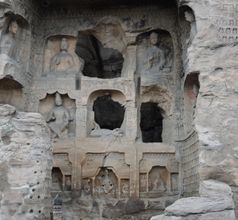 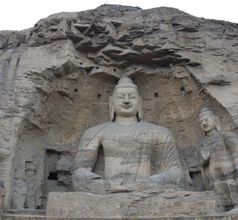 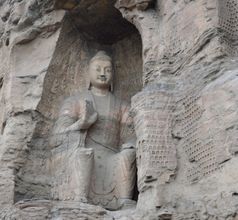 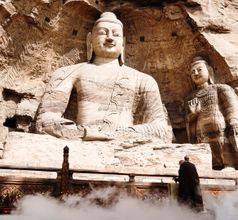 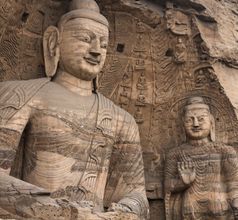 Other Attractions In Datong Around 62Kms from Datong, Shanxi Province, China is the Hanging Temple precariously balancing on the slopes of Mount ... About 62Kms south of Datong City, Shanxi Province, China is the ancient attraction of Heng Shan. It is a sacred mount... 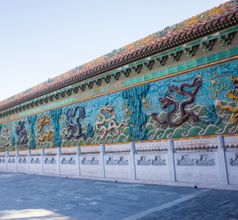 Considered the largest glazed screen in China, the 600-years-old Nine Dragon Screen in Datong, China is a masterpiece... The city of Datong has one of the three prized Grottoes in China, namely the Yungang Grottoes (Mogao Caves and Longme...