Guangyuan is a lovely city located in the Sichuan Province of China. Well-known for its ancient relics and tombs, it would be a pity to leave the city without seeing its countless treasures. From magnificent landscapes to ancient temples and from war memorials to parks; there are a large number of tourist attractions around the city of Guangyuan. Archaeological findings near the city have shown that the place was once a famous city during the Three Kingdoms period in China (25AD to 220AD). Consequently, there is no dearth of tourist attractions near Guangyuan City.

The city of Guangyuan played a key role between 770BC and 221BC during the Spring and Autumn Period and the Warring States Period, when it was the Ju Kingdom capital. Guangyuan City is also known as the birthplace of Empress Wu Zetian, the only female emperor who actually ruled over China. It was a prosperous city in ancient times and its agriculture, mining (jade from the riverbeds), commerce, and trade were beyond compare.

Being a well-planned urban area with excellent infrastructure and modern amenities, Guangyuan City boasts of the best in hotel accommodation. There are choices to suit different budgets and everyone is welcome. There are 3, 4, 5-star hotels and boutique hotels that have aesthetically designed rooms, classy décor, in-house multi-cuisine restaurants, swimming pools, excellent views, housekeeping, airport shuttle service, etc.

For tourists traveling on a smaller budget, the city has several inns, guesthouses, youth hostels, etc. The accommodation is usually clean but the amenities they provide are limited and the staff may not understand English. So it is always prudent to have an English-Chinese dictionary at hand.

Ideally located in the Lizhou area, Phoenix Hotel Chain promises a relaxing and wonderful visit. The property has eve...

Wanda Realm Guangyuan is perfectly located for both business and leisure guests in Guangyuan. Featuring a complete li... 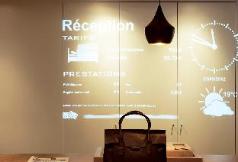 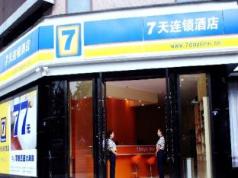 The tourist attractions around Guangyuan City range from ancient temples and relics to magnificent scenic areas. One such scenic spot is the Jianmen Shu Road (Jianmen Shudao) which is an ancient plank road near the Jianmen Pass. The government has applied for the World Natural and Cultural Heritage status for this tourist attraction. In ancient times, this road was the main connection between southwestern and central China. This is a 450Kms long road built more than 2,000 years ago and provides a wonderful view of the scenery around the city.

Just 5Kms away from the Ancient Plank Road is another spectacular scenic area and tourist attraction called the Thousand-Buddha Cliff. The Buddha statues and caves (grottoes) in this spot were carved out of the cliff face nearly 1,500 years ago. The Dayun Cave is the large grotto and consists of 234 Buddhist statues.

A tourist attraction that has both religious and historical significance is the Huangze Temple near Guangyuan. This temple was built by the sects who were in favor of the Empress Wu Zetian as the ruler of the kingdom. This attraction has a magnificent collection of stone carvings in its caves.

Guangyuan is a metropolis in the Sichuan province and the air link to other cities is provided by Guangyuan Panlong Airport. This is airport does not see heavy traffic and offers limited connections to Shanghai, Guiyang, Hangzhou, Shijiazhuang, Beijing, Guangzhou and Shenzhen. These destinations are covered by Air China, China Southern, Spring and China Eastern Airlines. Running along the Jialing River, a cab will take 35 minutes to cover the 17 kms to downtown area.