Surrounded by ancient Buddhist grottoes, parks, monuments, historical relics, etc. is the charming city of Luoyang. The city is the capital of the Henan Province of China. The city lies amidst mountains on the confluence of the Luo River and Yellow River and has splendid scenery and green landscapes. Having two wonderful UNESCO World Heritage Sites nearby add to the city’s worldwide appeal as a tourist destination.

An equable climate is Luoyang City’s huge asset because one can sightsee at any time of the year. Even so, the most popular season for domestic and overseas visitors is during the Luoyang Peony Festival. The festival is celebrated from mid-April till mid-May but the most interesting activities are between 15th and 25th April each year. The surrounding plains are ablaze with color as the peonies are in full bloom at this time of the year. Since ancient times, the city of Luoyang has been a center of culture, religion, education, scientific research, art, printing, and more. It has produced some of the most renowned writers and poets of China. Many ancient scientific inventions like a armillary sphere (model of a celestial globe), seismograph, printing presses, compasses, paper-making machines, etc. were invented by the local people of ancient Luoyang City.

At first glance, the present level of urbanization in Luoyang City makes one wonder whether there are any historic relics. In fact, the city has come on the map more prominently as a preserver of ancient heritage sites when the Longmen Caves became a UNESCO site. The old part of the city still has narrow alleyways and buildings with typical old-style Chinese architecture.

Being a partially urbanized city, Luoyang has several star hotels that provide visitors with spacious rooms, aesthetic décor, and top-quality services. They also offer various amenities to ensure that all the guests have a memorable visit to the city. The amenities vary according to the hotel’s star rating, but they usually offer in-house multi-cuisine restaurants and round-the-clock facilities like housekeeping, laundry, airport shuttle, customized and/or escorted sightseeing, etc. Even the low-budget hotels provide clean accommodation but they have only basic amenities. One can choose from 2, 3, 4, 5-star, youth hostels, homestays, guesthouses, service-apartments, and inns. 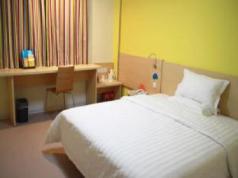 The 2-star 7 Days Inn Luoyang Train Station Branch offers comfort and convenience whether you're on business or holid... 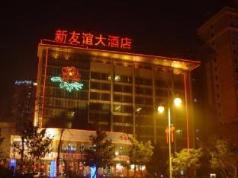 Set in a prime location of Luoyang, New Friendship Hotel puts everything the city has to offer just outside your door... 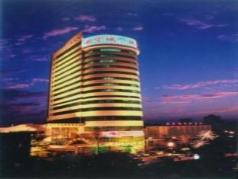 Luoyang Aviation Hotel is perfectly located for both business and leisure guests in Luoyang. The hotel has everything... 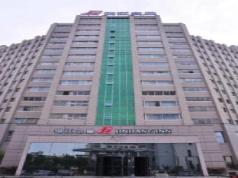 The 2-star Jinjiang Inn Luoyang Nanchang Road offers comfort and convenience whether you're on business or holiday in...

The Longmen Grottoes are the highlight of the Luoyang City tourism circuit. This UNESCO site has approximately 2,300 grottoes, over 25,000 stone tablets, 40 crematory urns, and more than 100,000 Buddhist statues and images that have been carved into the cliffs. The Chinese stone inscriptions are magnificent too. The site is a real treat in terms of religion, architecture, artistic display, and calligraphy. The grottoes alone will make the trip to Luoyang City worth it.

The city has the distinction of being a capital of 13 ancient dynasties between the 21st century and 16th century BC so there are many ancient relics and tombs near Luoyang City. The Han and Wei Dynasty Tombs are another UNESCO World Heritage Site. The tombs are spread over a vast area and consist of the finest examples of imperial-style murals, stone statues, inscriptions, and more.

The city of Luoyang also has several Buddhist relics. The most famous one in the region is the Baima Temple. It was established 2,000 years ago and is the oldest Buddhist temple in the world. Near the Longmen Caves is the Guanlin Temple dedicated to Guan Yu, a brave and respected General of the Kingdom of Shu.

One cannot leave the city without visiting the Luoyang Museum. This tourist attraction has a fantastic collection of ancient bronze artifacts of the Zhou Dynasty. It also has an extensive collection of porcelains from the Han and Tang Dynastic periods. The relics showcase the rich history and imperial style of the ancient kingdoms.

Another Zhou Dynasty site is the beautiful Wangcheng Park. This is a vast tourist attraction spread over 40 hectares. The park is built over the site of the original kingdom. It consists of a History & Culture Area, Zoo Area, Peony Admiring Area, Amusement Park Area, and Peony Culture Area. The magnificent Chenxiang Pavilion is also located in this park. At a height of 22 meters, the pavilion is the tallest ancient building in Luoyang City.

Luoyang Beijiao Airport is a mid-sized airport with appeasing service, that is located 17 kms from Luoyang town. It connects to downtown via airport shuttle that takes an hour, local buses route 27, 83 and 98 which take up to 3 hours and cost RMB1 and taxi, which takes 35 minutes but costs up to RMB60. Major air carriers go to all major hubs in China and also internationally to airports in Japan and Thailand.