Xishuangbanna is a prefecture-level city located in the southeastern corner of China. It is the easiest land-based access point between China, Myanmar, and Laos and is considered one of the major gateways into the country vis-à-vis trade and tourism. Although a majority of the population consists of Han Chinese and Dai ethnic group, there are other ethnicities living in the region as the Bulang, Hani, Lahu, and Jinuo. Due to this pleasant mix of ethnicities, the city has an aura of friendliness and mutual respect that makes it a very charming tourist destination. Backpackers following the Banana Pancake Trail use Xishuangbanna as the main road link to Southeast Asia. There are many tourist attractions in and around the city that showcase its ancient Buddhist culture that is prevalent even today. The Manfeilong Buddhist Pagoda (also called White Pagoda) is a magnificent example of ancient architecture and a must-see. Having a highly evolved tourism sector makes the city a wonderful tourist destination.

April is the best time to visit the region because the Dai people celebrate the Water Splashing Festival. Besides being a sacred festival it is also the time for merriment and pleasure. Various activities like dragon boat racing, water splashing contests, sandbag attacking contests, sand sculpting competitions, fireworks displays, etc. are organized by the locals for the benefit of domestic and overseas tourists.

Xishuangbanna City also has a variety of lodges, low-priced hotels, and youth hostels that provide inexpensive accommodation. They have clean rooms and a few basic amenities and are located near public transport terminuses in the center of the town. The staff is polite and helpful. In fact, not only those who are involved in the hospitality and tourism sectors but the locals are courteous too. 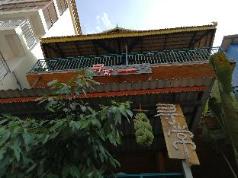 Wanderlust Hostel is perfectly located for both business and leisure guests in Xishuangbanna. The property offers a h... 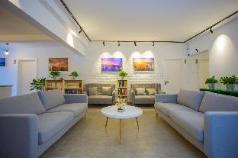 Mekong at home homestay is perfectly located for both business and leisure guests in Xishuangbanna. Both business tra... 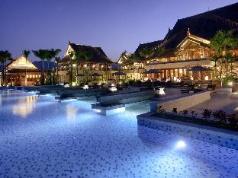 Anantara Xishuangbanna Resort & Spa is a popular choice amongst travelers in Xishuangbanna, whether exploring or just... 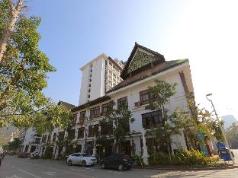 Located in Jinghong, Sheraton Grand Xishuangbanna Hotel is a perfect starting point from which to explore Xishuangban...

The diversity in culture, geographical features, and biological treasures has made the region a tourist hotspot. One unique place is the Single Tree Forest. It consists of just one banyan tree which is so large that it looks like a forest on its own. The tree has spread itself over an area of 120 square meters and has a height of 70 meters.

The Wild Elephant Valley located in the Mengyang Nature Reserve is a pleasure for naturalists, photographers, tourists, and conservationists. They can admire the pachyderms in their natural environment. There are treetop cabins that serve as vantage points to watch the elephants.

Other than the White Pagoda, the city has another architectural marvel to be proud of. The Jingzhen Octagonal Pavilion, with its fine craftsmanship and aesthetic design, is a wonderful example of Buddhist-Chinese architecture. An attraction that is definitely worth a visit is the Xishuangbanna Tropical Botanical Garden which is well-known for its vast array of flora. It has more than 3,000 species of tropical plants spread over an area of 900 hectares. Its magnificent collection and colorful landscape make it a must-see while in the city.

The Olive Dam area is a unique place near Xishuangbanna City and a popular attraction despite its warm climate. This tourist attraction consists of two adjoining ethnic stockade villages that are well-known for their tropical fruits. The area is a delight for photographers because of the spectacular orchards, Burmese-style bamboo houses of the Dai people, and the traditional Buddhist pagodas. Other very popular tourist attractions near the city of Xishuangbanna are the Mandian Waterfall with its 10 cascades and a 20-meters drop, the Nationality Culture Park with its ethnic shows, the Old Town of Yiwu, etc.

At 530 meters above sea level, the Olive Plains are the lowest region in the Xishuangbanna, Yunnan Province, China. C...

Combining the religious and cultural practices of the Dai and Hani people of China is the unique Jingzhen Octagonal P...

Creating a beautiful white mist in lush green forests is the magnificent Mandian Waterfall. It is located in the lush...

The Tropical Plant Research Institute is part of the Chinese Academy of Science. Also called the Xishuangbanna Tropic...

On a hill near Manfeilong Village in Xishuangbanna, Yunnan Province, China is one of the most beautiful Dai Buddhist ...

Situated in the Xishuangbanna County of Yunnan Province, China is one of the most popular tourist zones, namely the c...

If you are in the Xishuangbanna County of Yunnan Province, China you must not miss visiting the Ganlanba (Menghan) ar...

The Ganlanba Dai Minority Park is a group of five villages where the Dai ethnic minority people live. This tourist at...

The Tropical Flower and Plants Garden in the Xishuangbanna County of Yunnan Province, China is a visual treat for nat...

The Jinghong Xishuangbanna Gasa Airport is placed 5 kms from the middle of the metropolis. A car ride takes 15 minutes and public buses are an option. However, they are 500 meters from the airport. Majority of the traffic goes to Kunming, though there are flights to other cities as well. In fact, international routes to neighboring Myanmar and Laos are offered. Carriers available are Lucky Air, China Eastern and China Southern Airlines among others.