Encompassing the lower and middle reaches of the Xijiang River in China is a charming city named Zhaoqing. It is a prefecture-level city in the Guangdong Province, about 90Kms from the provincial capital of Guangzhou. The picturesque Pearl River Delta is also nearby and so are mountains. Consequently, the topography around Zhaoqing City consists of spectacular views made up of mountains, waterfalls, dense forests, high-elevation lakes, and more. Ecotourism is a major industry in the city, hence it has developed into a well-organized urban area with good infrastructure and an aura of hospitality. It has a splendid historic relics as well as modern commercial areas. 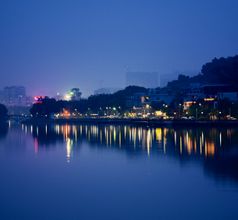 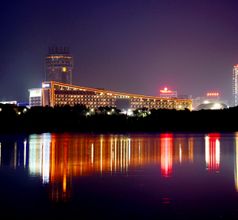 Zhaoqing City’s history goes back more than 2,000 years when the Lingnan aborigines occupied the region. Also, the city is believed to be the origin of the Cantonese culture. The Ancient City Wall with a perimeter of 2,800 meters is a well-preserved ancient relic that was built during the Song Dynasty reign.

The modern Zhaoqing city is a prosperous industrial and trading zone. A large portion of the local population consists of migrants seeking job opportunities in the numerous industries. This has led to a beautiful blend of mixed nationalities, ethnicities, cultures, customs, traditions, and religious beliefs. From the point of view of tourism, the city is peaceful, colorful, interesting and has plenty of tourist-related facilities.

The choice of accommodation in Zhaoqing City ranges from 2, 3, 4, and upscale 5-star hotels with a lot of amenities to low-budget inns, homestays, and service-apartments with few amenities. The upscale hotels offer spacious and aesthetically decorated rooms and in-house International-cuisine restaurants. They also provide round-the-clock services like laundry, housekeeping, in-room dining, sightseeing helpdesk, and more. The smaller hotels and lodges have only the basic amenities like clean rooms and proximity to fast food takeaways and transport facilities. 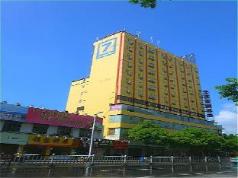 Set in a prime location of Zhaoqing, 7 Days Inn Zhaoqing Seven Star Memorial Archway Ti puts everything the city has ... 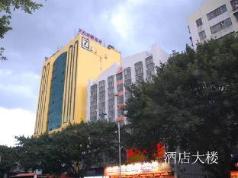 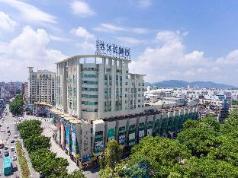 Stop at Nuohuating Hotel to discover the wonders of Zhaoqing. Both business travelers and tourists can enjoy the prop... 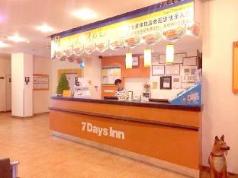 There are many other scenic spots and must-sees around the city of Zhaoqing. The Panglong Gorge Touring Region in Deqing County is a long and deep valley with lush greenery and a perennial source of water. The Longshan area in Fengkai County is a series of brightly colored karst caves and rock formations that have an unmatched beauty. The spectacular Yanyan Crag (Swallow Crag) located in the Huaiji County of the Zhaoqing City is like a bright yellow carpet of rapeseed flowers. While the Guangning Bicui Lake Baoding Mountain Scenic Area is a treat of dense bamboo forest and a charming lake. There is a souvenir shop near the lake where one can buy bamboo products at affordable rates.