The city of Dalian is a modern metropolis and port on the Liaodong Peninsula of China. Due to its picturesque seascape, islands, mixed culture, parks, and zoos the city has grown into a very popular tourist destination. Located in the southern end of the Liaoning Province, Dalian is endowed with attractive beaches like the Golden Pebble Beach and the Tiger Beach.

The local population consists of the Han Chinese, Manchu, Mongol, Xibe, Miao, Uyghur, Zhuang, Korean, and Russian ethnicities and nationalities who have lived here for centuries in harmony. Hence, there is an air of friendliness and helpfulness in the city. Each group follows its own customs and traditions, making the city a very colorful mix of cultural practices that tourists find very unique and interesting. 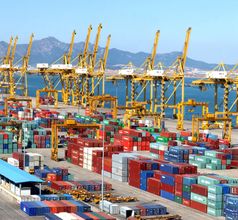 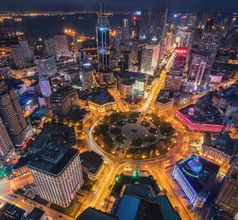 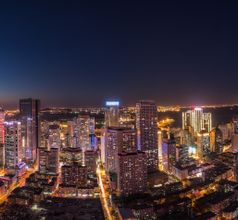 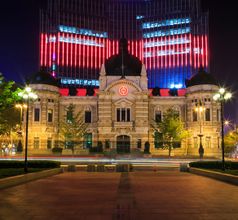 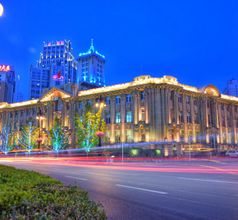 Dalian City has a long history of being captured and occupied by people from different nations. Its earliest history dates back to 221 BC during the Qin and Han Dynasties. Being a port it came into prominence during the Tang, and Ming as a major trading and commercial zone. The British, Japanese, and Russians have occupied the city in subsequent conquests till the Qing Dynasty took over. Every successive conquest has left its mark on Dalian in the form of classic architectural masterpieces. The city is dotted with different types of mansions that are typical of those different eras.

Today’s Dalian City is a sea lover’s paradise. Its beaches draw tourists in hordes from all over the world. With several celebrities spending their vacations in Dalian, the city’s popularity has skyrocketed in the last few years as a popular tourist destination in China. Dalian is the venue of the International Fashion Festival, which attracts foreigners to its shores in large numbers. With beautiful beaches, skyscrapers, recreational centers, shopping malls, lush green parks, and scrumptious seafood, Dalian is a wonderful place to enjoy a relaxing holiday or frolic at beach parties.

The budget accommodation is usually clean but will have only basic amenities. English language may prove to be a problem in the cheaper hotels. Hence, it is advisable to carry an English-Chinese dictionary or download a suitable voice-based mobile app. 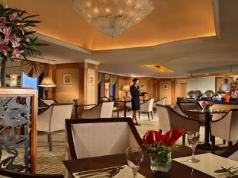 Somerset Harbour Court Dalian is a popular choice amongst travelers in Dalian, whether exploring or just passing thro... 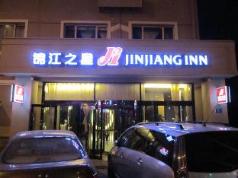 Set in a prime location of Dalian, Jinjiang Inn Dalian Lianhe Road Branch puts everything the city has to offer just ... 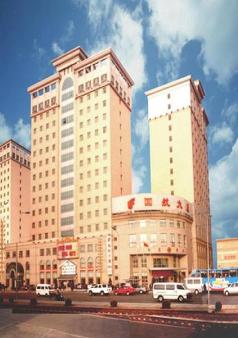 Dalian Air China Hotel is a popular choice amongst travelers in Dalian, whether exploring or just passing through. Th... 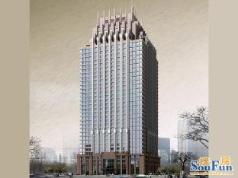 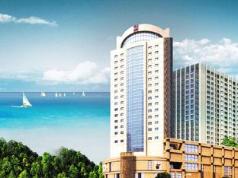 Ideally located in the prime touristic area of Xi An Road Business District, Yitel Dalian Hotel promises a relaxing a...

Beaches and seaside activities are the highlights of Dalian City. The Jinshi Beach National Holiday Resort, Tiger Beach, Golden Pebbles Beach, Xinghai Bay Seaside Resort, Bang Chui Island, and Changxing Island are the best beaches where tourists can enjoy several activities. These include artificial seawater baths, boating, scuba diving, bungee jumping, pirate ship exploration, exploration of white water of the Jurassic (marine theme park) and other fun-filled activities. Cruise ships with crystal bottoms take tourists to the islands so that they can see the marine life while the ships move.

Dalian City is famous all over the world for the Cherry Blossom Festival. It is celebrated in late April in the Long Wangtang Village which lies about 20 minutes away from Dalian. The 3,000 cherry trees which were planted by the Japanese in the village blossom in April. The delicate pink flowers bring the city to life as if a picture from a fairytale has become a reality!

The Dalian Forest Zoo is a very popular tourist attraction for adults as well as children. The zoo is located on a hill on the outskirts of the city and has several animals like pandas, rhinos, lions, polar bears, tigers, birds, and primates. The zoo is definitely worth a visit and there is a convenient cable car system to reach the top. The zoo has a few teahouses where they serve the local brew as well as delicious snacks. But the BBQ outlet in the zoo premises is the most popular eatery of the locals, domestic tourists, as well as overseas tourists.

The Laodong Park is another attraction which is located on a hill near Dalian. It has a seat-lift system to reach the top. Besides being a beautiful park with lush greenery, it provides a fantastic panoramic view of the city and its surroundings, making it just the place for some great photography.

Renmin Square is not only a place with impressive old buildings but it is the best place to be in the evenings.

Dalian's older railway station is located right in the heart of the city and serve's both high speed and low speed trains. It is directly connected to Metro Line 3, although Line 2 can also be accessed with a short walk.

Located around 23km to the north of the main station, Dalian North Station is a station on the Beijing to Harbin High-Speed Line. It connects directly with Metro Line 1, and in the future with connect with the under-construction extension of Metro Line 2.

In China’s Liaoning province, Dalian is a port city across from Korea in the Yellow Sea. Dalian Zhoushuizi International Airport serves almost all major local ports and some international ports, majorly Korea, Japan and Russia among others. The airstrip is 17 km from the city. The dedicated Metro Line 2 takes 1.5 hours but costs under RMB10. Taxi takes 30 minutes but costs roughly RMB 30. Airport shuttle and city bus options are also available.

Dalian‘s January mean temperature is about -5 °C and for July is 23 °C. Rainy season is over the summer months.