Dandong City has beautiful geographical features. The Yalu River acts as a natural border between Dandong and North Korea. The city is flanked by the Liaoning Province in the southeast, the Yellow Sea in its south where the river forms an estuary, and Dalian City to its northeast. The silk of Dandong City is of such fine quality that it has become the venue of the annual Oriental Silk Festival. Other products that have added to the prosperity of the city are chestnuts, ginseng, and hawthorn. 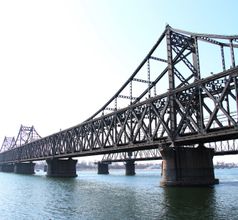 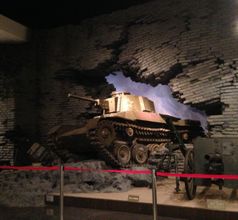 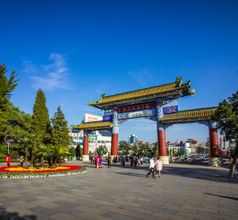 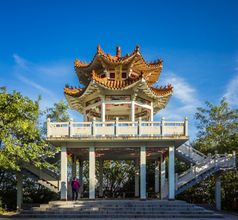 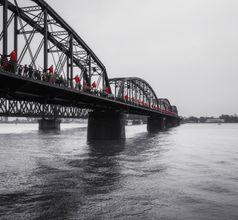 The Yalu River Broken Bridge is an iconic sight in Dandong City. A new bridge has been constructed about 100 meters away from the old one on the upper reaches of the Yalu River. This bridge is also called the China and North Korea Friendship Bridge from where tourists can get a glimpse of North Korea. But photography of the bridge itself is not permitted.

Due to the rapid development of industries, there has been large-scale urbanization in some parts of the city. The industries include pharmaceuticals, petrochemicals, chemicals, chemical fibers, sports equipment, watches, electrical equipment, digital technology, textiles, etc. The tourism and hospitality sectors have also evolved rapidly in the last few years.

Since the last few years, Dandong has developed into a popular tourist destination. Consequently, there are many 3, 4, and 5-star hotels in the city with spacious rooms and many in-room services. The amenities include in-room dining, 24x7 housekeeping, in-house restaurants serving International cuisine, airport shuttle, and more. Many of the hotels are not too far from the public transport terminuses. There are also many low-priced lodges, guesthouses, and youth hostels that provide comfortable accommodation with limited amenities. 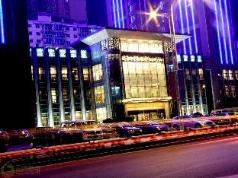 Dandong Xin An Dong Hotel is perfectly located for both business and leisure guests in Dandong. The hotel has everyth...

Hilton Garden Inn Dandong is perfectly located for both business and leisure guests in Dandong. Featuring a complete ... 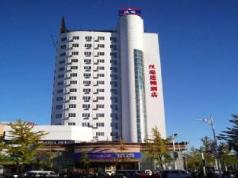 Hanting Hotel Dandong Train Station Branch is a popular choice amongst travelers in Dandong, whether exploring or jus... 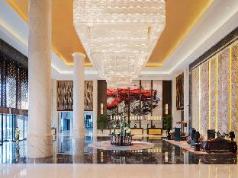 Wanda Hotel Realm Dandong is perfectly located for both business and leisure guests in Dandong. The hotel offers gues...

Riz-Carlsen Hotel Dandong is conveniently located in the popular Dandong area. The hotel has everything you need for ...

Yalu River Park is the most prominent tourist attraction in Dandong City. Besides the Friendship Bridge, there are other ways to take a peek at North Korea from Dandong. The boats on the Yalu River carry tourists in 30 minutes towards the border to get a closer look. A picnic in the park is a great way to spend a fun-filled day. There are shops selling North Korean souvenirs like old currency notes and postage stamps. One can rent Korean costumes and get pictures clicked at the photo studio. North Korean food stalls sell delicious snacks.

The Tiger Great Wall built during the Ming Dynasty along the Hushan Mountain provides a panoramic view of the beautiful landscape of Dandong. It also gives a glimpse of the terrain on the other side along the China-North Korea border. The attraction also houses a historical museum.

The Anti-US Aggression & Supporting Korea Memorial has 500 pictures and 1,000 historical relics that showcase the Chinese viewpoint on the war. The 24-meters high 3D diorama having a diameter 44 meters is the highlight of the memorial-cum-museum.

The Jinjiangshan Park is a tourist attraction that is a favorite of families with kids and groups of teenagers. This park is located on the Jinjiang Mountain near Dandong that is a forested area. It has a picturesque pond, a zoo, and other entertainment facilities. The park is another way to get a bird’s eye view of the border and North Korea.

Across from North Korea and right next to river Yalu, Dandong is in the Liaoning province. The Dandong Langtou Airport is small and has limited connections. It goes to Beijing, Yantai, Shanghai and Qingdao. This service is provided by carriers Air China and Shanghai Airlines. The city of Dandong is 20 km away from the port. A taxi can cover the distance in 35 minutes and a public bus would take an estimated 1.5 hours.