The lovely city of Ya’an is termed as the Chinese scenic route because it lies on the intersection of several golden tourism routes. Located on the upper reaches of the mighty Yangtze River in the Sichuan Province of China, the Ya’an City is a wonderful tourist destination on its own merit too. The city borders the picturesque Garze Tibetan Autonomous Region in the west, the Aba Tibetan and Qiang Autonomous Prefecture in the north, and the Liangshan Yi Autonomous Region in the south.

Ya’an is also situated at the point where the Chengdu Plain meets the Qinghai-Tibetan Plateau. Consequently, the population of Ya’an City is a colorful blend of Han Chinese people and the various ethnic groups. Ya’an is surrounded by cultural, historical, and religious relics that have become major tourist attractions in the past few years.

Mengshan Tea (Mengding Ganlu Tea) is the most important commodity of Ya’an City. It was very popular during the ancient tea-horse road and Ancient Silk Route days. This typical Tibetan brew, also called brick tea, has remained the favorite beverage for the last 1,300 years since the Tang Dynasty. As the traders followed the barter system in those days, "Exchange of Tea for Horse" was a comer terminology used, from where the route also gets its name of Tea-Horse Road. Consequently, the city was a prosperous business and trading zone in the old days.

Now, Ya’an City is a well-organized urban area with all the modern facilities that one expects in popular tourist destinations. As tourism and hospitality are major, well-established sectors in the city, the tourist-related amenities are plentiful. All the locals may not understand English, but one can definitely find English-speaking cab drivers and tourist guides.

For those who are particular about English-speaking hotel staff, the best choice of accommodation in Ya’an City is the star hotels. One can opt for either 2, 3, 4-star hotels in downtown Ya’an or upscale villa-style farmhouses located on the outskirts of the city. These places have spacious rooms with views, aesthetic décor, clean premises, and various amenities like in-house multi-cuisine restaurants and housekeeping services. For tourists traveling on a low budget, there are many options as well like guesthouses, inns, homestays, and small grade-one hotels. These premises are usually clean and offer basic amenities. 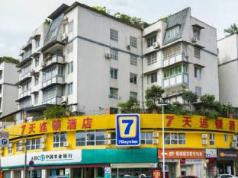 7 Days Inn Ya An Lang Qiao Walk Street Centre Bran is perfectly located for both business and leisure guests in Yaan.... 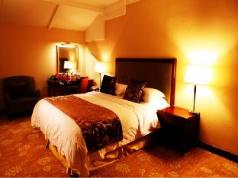 Moon Star Hotel is a popular choice amongst travelers in Yaan, whether exploring or just passing through. Both busine... 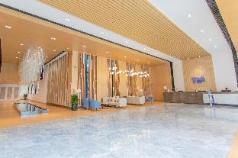 Located in Ya An, Holiday Inn Express Ya'an City Center is a perfect starting point from which to explore Yaan. Both ...

Yaquankezhan is perfectly located for both business and leisure guests in Yaan. The property offers a high standard o...

Stop at Mingdu Garden Hotel - Ya'an to discover the wonders of Yaan. The property offers a wide range of amenities an...

Ya’an City forms a superb base to explore some of the best tourist attractions in the region. A majority of the attractions are within a 15-30Kms radius and can be reached very easily. One cannot leave the city without seeing the famous Bifeng Gorge Panda Base. This is an ecological base, a breeding ground for the Giant Panda, and a research center. And it also has a sports center, an extreme-sports center, forest safari area, precious flora zone, agricultural zone, and the beautiful Nuwa Cultural Village.

Lang Qiao, also called Ya'an Covered Bridge spans the Qingyi River. Although it lies on the outskirts of the Ya’an, it forms a major part of the city’s landscape. The bridge has a semi-ancient design and blends in well with the modern beer bars and ancient-style teahouses on the banks of the river.

Shangli Ancient Town is another must-see that lies just 27Kms from Ya’an City. The town is like a beautiful painting with its ancient stone arches, bridges, pagodas, old-style mansions, and the famous Baima Spring.