Huangshan City (old name Tunxi) has become a much-visited tourist destination in China due to its proximity to the Huangshan Mountain (Yellow Mountain), a UNESCO World Heritage Site. It is popular with trekkers, campers, naturalists, photographers, and tourists who come here in large numbers to absorb its spectacular natural beauty. The region has also inspired many painters, poets, and filmmakers. 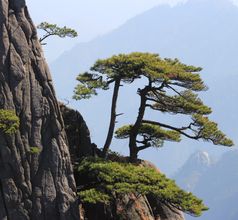 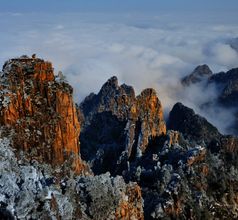 Huangshan City is the access point of several ancient ethnic villages, each one with its own special aura and beauty. The Tunxi Ancient Street is well-known for its calligraphy sets, ink tablets, and seals. Just half an hour’s drive from the city is the magnificent 580-years-old Tangyue Memorial Arches, also called “Gates of Virtue”. The Hu Wenguang Memorial Archway near Xidi Ancient Village is another relic from the past that showcases the architectural talent of the local people. The arches are decorated with beautiful calligraphy, birds, flowers, and other traditional Chinese motifs.

In the last couple of decades, there has been a constant inflow of domestic and overseas tourists to Huangshan City. Consequently, there has been a rapid development in the infrastructure, accommodation, and hospitality services. The city is a hive of activity throughout the year, except in the winter season when some of the surrounding scenic spots are closed or inaccessible.

A majority of the star and mid-range hotels of Huangshan City are located in the West Transfer Center, Bei Hai, Tangkou, Xiaoyaoshui Road, and other urban areas. Being so close to Mount Huangshan and its beauty, the hotels are surrounded by a serene atmosphere that immediately relaxes one’s body and mind. They have various amenities like in-house multi-cuisine restaurants, recreational centers and gyms, convenience stores, concierge services, helpful staff, airport shuttle service, and the most magnificent views from the rooms.

There are a number of budget hotels and lodges along the Tunxi Ancient Street. Many of the villages have accommodation for tourists in the form of self-contained tents, small ethnic-style cottages, or inns. These places have the basic amenities and are the best option, giving one sufficient time to explore the vast scenic area of Mount Huangshan at leisure.

Set in a prime location of Huangshan, Huangshan Oldstreet International Youth Hostel puts everything the city has to ...

Set in a prime location of Huangshan, Huangshan Sinotrans Jianguo Hotel puts everything the city has to offer just ou... 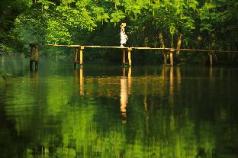 Villa Wangshan. Hetianli is perfectly located for both business and leisure guests in Huangshan. The hotel offers gue... 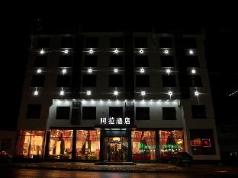 Set in a prime location of Huangshan, Huangshan Ala Hotel puts everything the city has to offer just outside your doo...

The tourism sector is the mainstay of Huangshan City. The locals are friendly and accustomed to the constant stream of visitors. The mountain range of Huangshan is a bonanza of scenic spots that are worth exploring.

There are paths along dense virgin forests, waterfalls, pools, caves, river valleys, ethnic villages, etc. commonly used by trekkers. The Hongcun Village with its ancient buildings and greenery is the photographer’s paradise. It is also the starting point of the hiking and trekking expeditions. Some sections of the mountain peaks look stark and beautiful against the blue skyline due to the gigantic granite rock formations.

Most of the ethnic villages near Huangshan City are in the UNESCO World Heritage list. At the foothills of Mount Huangshan lies one such must-see, the Tangmo Ancient Village with its exquisitely designed pavilions, the water street, and numerous memorial archways. Another must-visit village is the Shexian Village (also called Huizhou Ancient City) which has a plethora of Ming and Qing Dynasty residences, pavilions, memorial archways, bridges, etc.

The fascinating Mukeng Bamboo Forest has become a tourist hotspot in recent years. Visitors can indulge in sightseeing, photography, bike tours, trekking, watching village entertainment, and enjoying the local cuisine. There are so many spots around Huangshan City that have an almost-magical beauty that it has inspired film directors to shoot some of the scenes here. For example, some of the scenes in the Hollywood film “Crouching Tiger, Hidden Dragon” have been shot in the Huangshan Scenic Area.

The Huang Shan Western Steps have the distinction of being the site where some scenes from the film “Crouching Tiger,...

Declared a UNESCO heritage site is the Hong Village in Anhui Province of China. It is close to the southwest side of ...

The Tunxi Old Street (Lao Jie) is a commercial area that dates back to the Ming and Qing dynasties. It was a busy mar...

Meaning "capital of the immortals", the 1,830 meters tall Celestial Capital Peak is a challenging attraction. In 1937...

At an elevation of 1,864 meters, the Lotus Flower Peak is the highest one on Mount Huangshan. It is surrounded by sma...

While you are in the vicinity of Mount Huangshan, it would be a sacrilege to miss seeing the Bright Summit Peak. At a...

With its craggy rocks, tall pine trees, and the spurt of hot water that gushes like a large cloud, the Huang Shan Hot...

The Huang Shan Eastern Steps are easier to climb than the Western Steps. But the views from the steps are also less s...

Declared as the UNESCO World Heritage Site in 1990, Mount Huangshan or the Yellow Mountains is the most popular touri...

The Hu Kaiwen Ink Factory is an ancient ink-stick factory that is still operating. The Huangshan region of China prod...

Being the only museum that depicts the Huizhou lifestyle, the China Huizhou Culture Museum in Huangshan City is a mus...

An international airport, Huangshan Tunxi is placed 9 kms from Huangshan in Anhui province of China. The airport was expanded in 2008 and has two terminals, one domestic and one international. Besides the major local routes, internationally it serves Korea, Taiwan, Cambodia and Hong Kong. Taxis can be unfairly expensive in Huangshan for the 18 minutes ride into town which should cost around RMB20. Public buses (No. 18 and 19) also go to the airport.