Nanjing was the seat of power for a long time and has, therefore, many buildings and monuments that were master minded by, or on behalf of, the people in power. The China Modern History Museum or, more commonly, the Presidential Palace is one such powerhouse of memories of those times. Not only did it see Ming dynasty rulers and onwards, it also hosted Sun Yat-sen during his term as provisional President and Chiang Kai-shek as the President of the Republic of China. The Heavenly King (self-proclaimed) Hong Xiuquan, leader of the Taiping Rebellion had some rooms glamorized for his stay there and then it was finally captured in 1949 by the People’s Liberation Army under Mao Zedong and the capital shifted once more to Beijing.

The Daxinggong Station from Subway line2 and line3 and multiple public buses will whiz you to the location at minimal cost. Admission fare is RMB40 and the museum is closed on Monday (except when it falls on public holidays) and the Eve of Chinese New Year. However, try to avoid weekends as it gets extremely crowded and with poor ventilation inside, it can get hot and stuffy. The Museum opens at 08:30 and closes at 18:00 (peak season) or 17:00 (low season). There is adequate description of the rooms and their utility but no background information to help foreigners understand the personalities better. An English-speaking guide will really add value to the trip.

Spread over 90,000 square meters, the place is like a theme park of the various Chinese political eras. For convenience, it is divided in to three, well-labeled sections i.e. the Central Section, the West Section and the East Section.

When you enter through the imposing main gate into the Palace, you will find yourself in the Central Section. The first hall is the reception areas for guests. Next comes the Main Hall. During the Taiping era, it was adorned lavishly and presented intricate work in its tiles and décor. Subsequently, it was used as a ceremonial hall and engraved at the top is Sun Yat-sen’s quote of ‘everything under the heavens is for all humanity’. To one side of this hall is the Throne room of the Heavenly King of Taiping Kingdom. There are many other important halls and rooms here that have been refurbished and open to the public such as the Presidential and Vice Presidents Office and the State Affairs Council Room.

The West Section or Garden is the relaxing area that has an elaborate garden, complete with a marble boat and a building titled the ‘Attic of Joy’. There are official buildings also, such as the General Staff House and the Commission House that was once inhabited by Sun Yat-sen and Chiang Kai-shek.

Last up comes the East Section which also has a garden with really bad luck. It was destroyed many times and rebuilt and today is a shadow of its former glory. The Executive Houses are also in this section which were used mainly during 1928 – 1937. 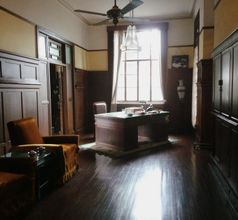 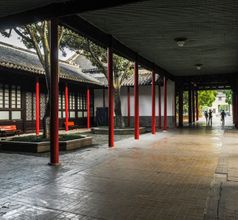 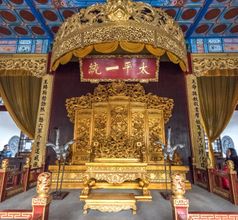 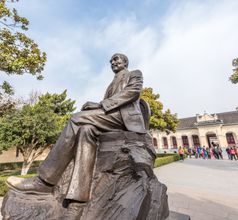