Sun Yat-sen is considered the father of modern China since he was instrumental in putting an end to imperial rule and help usher in the Republic of China. As such, he is highly respected and honored and this mausoleum was built so that future generations would continue to honor him. The Mausoleum is a fusion of imperial and modern oriental design, which one can clearly appreciate. It was completed in three years and is made to look like a grandfather clock, in memory of Dr Sun Yat-sen whose life’s work was to wake up the people so they could bring about necessary change.

As per Sun Yat-sen’s own wish, he was to be laid to rest in Nanjing. The Mausoleum is easily accessible through metro line2’s Xiamafang station and getting off at the Zhongshan scenic area when taking the public bus. Entry is free but ticketed, and you have to get the ticket reserved online in advance or through dedicated machines at the venue (there have been reports of those being glitchy and not reading visitors passport though). There are only 10,000 people allowed daily. Be sure to bring your passport along for identification. There is a RMB10 charge for the open-air Music Hall though. Timings for the place are from 08:30 to 17:00 and it remains closed on Monday (unless Monday falls on important holidays or 12 March or 12 November). It is recommended that a trip to the Mausoleum be combined with Linggu Temple or Ming Xiaoling Mausoleum as they are all in the same vicinity and easily reachable. To get the most out of the visit, go during mild weather as it is mostly open area.

Initially, you will come across an unassuming D shaped open Square at the entrance. Looking up, you will be intimidated by the 392 steps looming ahead. But don’t worry as there are plenty of platforms built after short intervals for people to rest. As you pass under the Philanthropic Archway, note the inscription ‘Bo Ai’ (love for all). The stairs are supplemented on both sides by lush greenery and it makes for a scenic stroll. At the entrance there is a marble gate with triple arches; be sure to check out Sun Yat-sen’s famous words inscribed there meaning ‘The bounty of earth is for everyone’. Before you can actually see the statue of the man, you will find yourself in the Stele Pavilion, where numerous writing contributions, from biography to epitaph, have been installed. Then comes the Sacrificial Hall, where Dr. Sun Yat-sen sits center stage with a scroll in his lap, all white marble and elegant statesman. Lastly, there is the Vault which contains the coffin of the great leader of China.

The whole experience will leave you in awe of this great man as you learn of his struggle for the people of China and the way he managed to bring about change that ultimately shaped the country and built it into the economic giant that it is today. 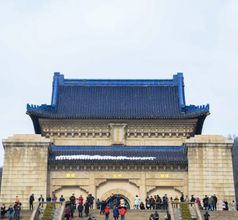 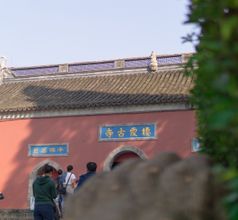 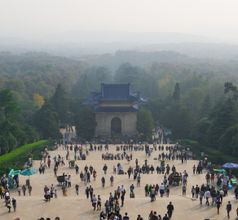 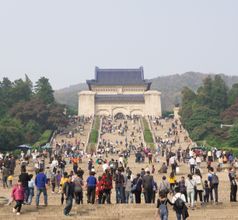