Shanghai is one of the largest and most vibrant cities in the world. It’s one of the four direct-controlled municipalities of China, which means that it’s essentially both a city and a province. One of China’s most modern cities, the city combines the ultra-modern skylines of Pudong (Lujiazui) with classic European style architecture on the Bund and the French Concession. The city is probably the best example of contemporary Chinese life, but lacks the classic historical attractions found in cities like Beijing. 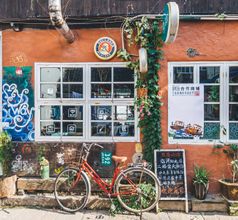 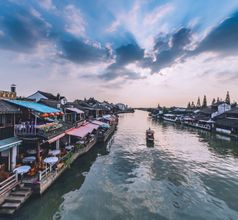 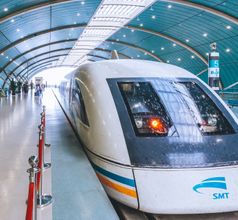 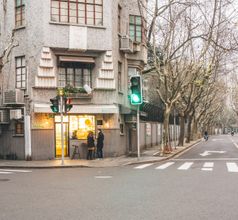 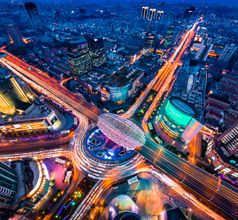 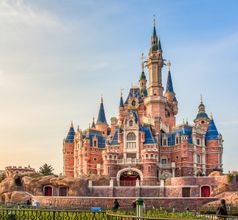 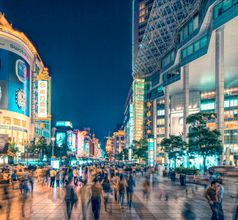 Shanghai has also been a major point of trade in the past, and still retains this today. It was originally one of the five cities forced to open to foreign trade after the first opium war, and this period had a lasting impact on the city even today. Today, it’s also a significant financial hub and is home to the Shanghai Stock Exchange. Compared to other Chinese cities, Shanghai is quite friendly for foreign tourists, with quite a few people speaking English, and most signs being written in dual language.

When staying in Shanghai, many tourists like to stay on somewhere near Metro Line 2. The reasons are obvious: it runs right through the middle of downtown and it connects with Pudong International Airport at one end, and Hongqiao International Airport and Railway Station at the other end. It also intersects with almost every other metro line. In addition, many of Shanghai's most famous landmarks including Lujiazui, Nanjing Road East, The Bund and People's Square are all along this metro line, as well as the commercial areas of Jingan Temple and Nanjing West Road.

If your're looking to spend quite a bit of money, then the towers and hotels in the Lujiazui area offer fantastic views of the city. This however is not the place to stay if you're looking for a more traditional Shanghai Experience.

If you're travelling on business and will need to access Hongqiao Airport or Railway Station, there are many options near Zhongshan Park and Luoshanguan Road that might be suitable, as well as some new hotels opened in the Hongqiao CBD (right next to the train station). 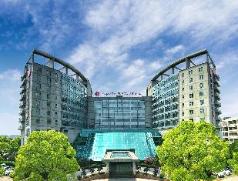 Set in a prime location of Shanghai, Ramada Plaza Shanghai Pudong Airport puts everything the city has to offer just ... 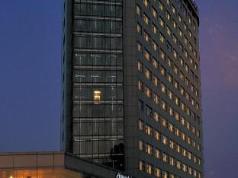 Stop at Howard Johnson Caida Plaza Shanghai to discover the wonders of Shanghai. Offering a variety of facilities and... 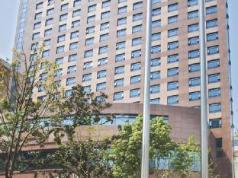 The 5-star Swissotel Grand Shanghai offers comfort and convenience whether you're on business or holiday in Shanghai.... 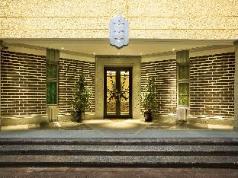 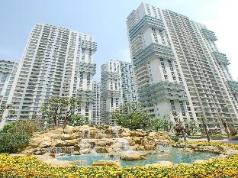 The 4-star Rayfont Celebrity Hotel & Apartment offers comfort and convenience whether you're on business or holiday i...

Shanghai is a major tourist destination, both for domestic Chinese tourists as well as International tourists. Most tourism is based around China’s modernity as well as it’s foreign history, as opposed to having grand, impressive “Chinese style” buildings. Visitors typically visit the Bund, visit the glittering skyscrapers of Lujiazui, explore Yu Garden, and visit some of the small water towns on the outskirts of the city. These days, Shanghai Disneyland is also a major attraction.

Basilica of Our Lady of Sheshan

Shanghai has one of the world's most developed Metro systems, consisting of 15 different lines and still growing rapidly. Fares start at just 3 RMB, maxing out at 7 RMB if you're taking a much longer journey. You can buy single use tickets at every single station from the machine using coins, while some machines also accept notes. All machines have an option to switch to English. Alternatively you can buy a rechargeable metro card from the counter at each station. The deposit for the card itself is 20 RMB and be returned when you leave to get your money back. Be aware that during peak hours in the morning and evening the trains gets extremely crowded, so try to avoid travelling at peak times if you don't like crowds. Information on all signs and maps is in both English and Chinese, but don't expect that many of the staff will be able to speak English.

Unfortunately, busses in Shanghai are not a particularly tourist-friendly mode of transport, as none of the timetables are in English. Recently though English has been added to the on-board announcements, so if you know where you are going you should be fine. The other confusing thing can be the pricing as it varies depending on the route, however most busses are a flat fee of 2 RMB. Deposit coins in the chute as you enter the bus (there's no ticket), or swipe your metrocard when boarding.

Shanghai is home to one of the fastest trains in the world, known as the Maglev. This magnetically levitating training will whisk you from Pudong International Airport to Longyang Rd in just 8 mins at 430km/h for 50 RMB. The only problem is the Longyang Road is basically in the middle of nowhere. It does however have 3 metro lines to change to (Line 2, Line 7 & Line 16), so there are some options when you get off. The train leaves every 15 minutes.

Hailing a taxi is generally fairly easy during the day, but becomes very difficult during peak hours or in certain areas. Make sure you have your destination written down in Chinese, as driver's can't speak or read English. Credit cards are not accepted, so as a tourist your best option is cash. At the end of your journey the machine in the front will print out an invoice, and it's advisable to hang on to this. Generally speaking, there's no haggling on prices, and the price is calculated on distance plus a base cost. At night, the cost increases by approximately 25%.

The main rail hub for high-speed trains in Shanghai, Hongqiao Railway Station is located on the city's west side, right next to Hongqiao International Airport. It is services by Metro Lines 2, 7 and 17, and services high-speed trains only. It can get extremely busy at certain times of the year, but is normally very easy to navigate. From the city center, a day will probably cost you around 70 RMB during the day, or 100 RMB at night.

Located reasonably centrally just 2km north-west of People's Square, Shanghai Railway Station serves both low and high-speed trains, as well as trains to Hong Kong. Despite it's name, it's no longer the main station in Shanghai having been replaced by Hongqiao. Nevertheless it can sometimes be a more convenient option for those looking to travel by high-speed train to Suzhou, Wuxi and Nanjing, due to the more central location. It's also weel connected, being served by Metro Lines 1, 3 and 4.

Located to the South West of the city, this station serves both high and low speed trains, particularly those heading towards the south of the country. It's connected with Metro Lines 1 and 3, and the under-construction Line 15.

Shanghai Pudong International Airport is the 2nd busiest airport in China, handling most of the international traffic for Shanghai. Accordingly, it has only a few domestic routes. It links to Shanghai Hongqiao International through Metro Line 2 (RMB8) and the high-speed Maglev Train (RMB50), though a transfer to Metro Line 2 is required at Longyang station. Airport shuttles, taxis, metro and public buses are all valid options for downtown taking 45 minutes to 1.5 hours.

Despite the name, Hongqiao International Airport caters mainly for domestic flights, as well as flights to Hong Kong, Macau and Taiwan. There are a limited amount of flights to mainly South-east Asian countries as well. The airport consists of two terminals which are completely separate to each other. The bigger terminal is Terminal 2, and it is located on the west side of the tarmac, right next to Hongqiao Railway Station. It is serviced by Metro Lines 2 and 10. Terminal 1 is located on the east side of the tarmac, and mainly serves budget airline Spring Airlines. It is serviced only by Metro Line 10. From the city center, a taxi to the airport will cost around 70 RMB during the day, or 100 RMB at night.

See the table below for an overview of Shanghai's weather: